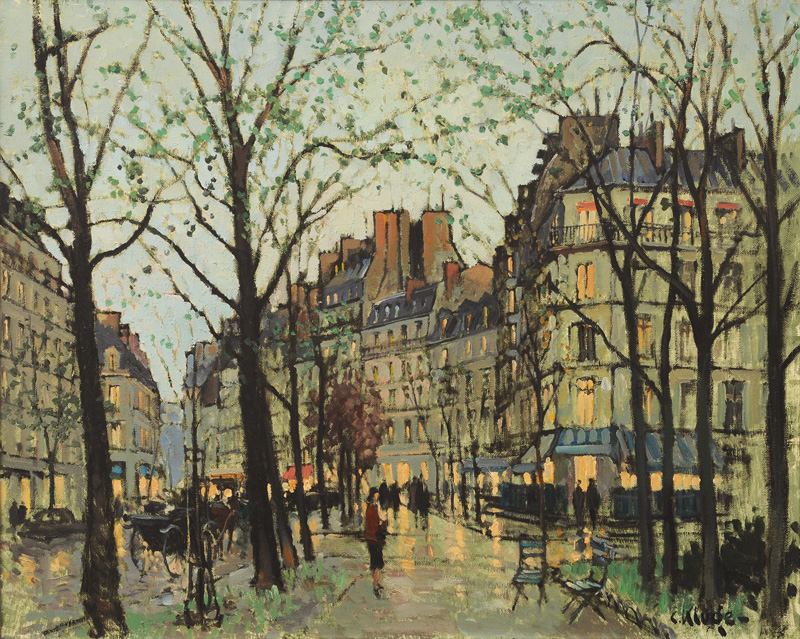 Oil/canvas, 80 x 100,5 cm, lo. ri. sign. C. Kluge, on cardboard on the back titled. - Prov.: Wally F. Findlay Galleries 1974. - Latvian-french painter, the troubles of the Russian revolution brought the family to Shanghai where K. started painting, 1931-37 he studied architecture in Paris without giving up painting, back in Shanghai his Paris vedutas earned him a grand success, in 1950 he definitely moved to Paris a. began exhibiting at the Salon in 1951, in 1962 he was awarded the gold medal of the Salon, in 1990 he was made chevalier of the legion of honour.