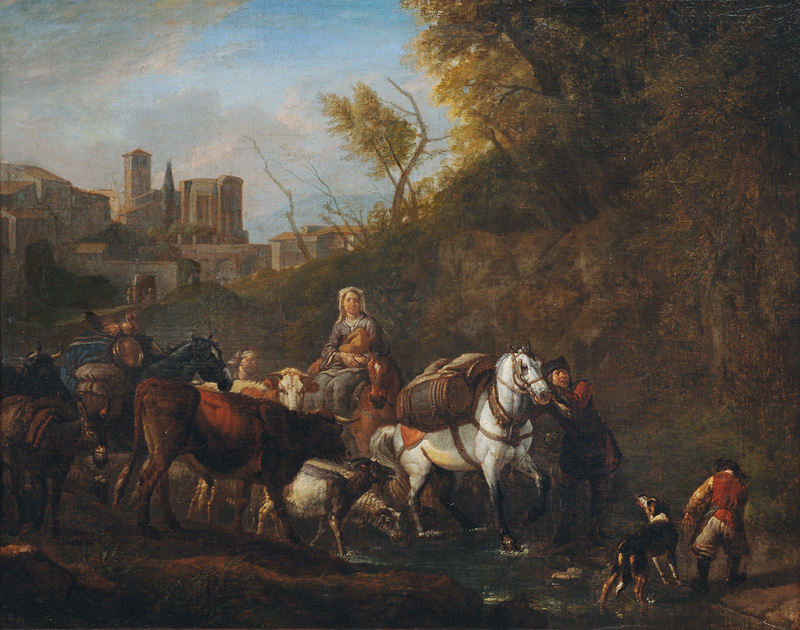 Travelling Herdsmen in the Campagna | Reserveprice 2.800 €

Oil/canvas, 59 x 70 cm, some rest., relined. - Landscape a. battle painter from a family of artists, already at the age of ten he began his apprenticeship in the workshop of the battle painter S. Douw a. became master as early as 1673, he travelled to Rome where he collaborated with his brother Jan Frans at least until 1692 a. became a masterly animal painter, in his workshop opened in Antwerp in 1694 he drew on the wealth of motifs developed during his time in Italy. - Mus.: Paris (Louvre), London (Victoria a. Albert Mus.), Rome (Pinacoteca Vaticana), New York, Dresden (Gemäldegal. Alte Meister), Berlin, Munich a. others. - Lit.: Saur, Thieme-Becker, Bénézit, Bernt a. others.