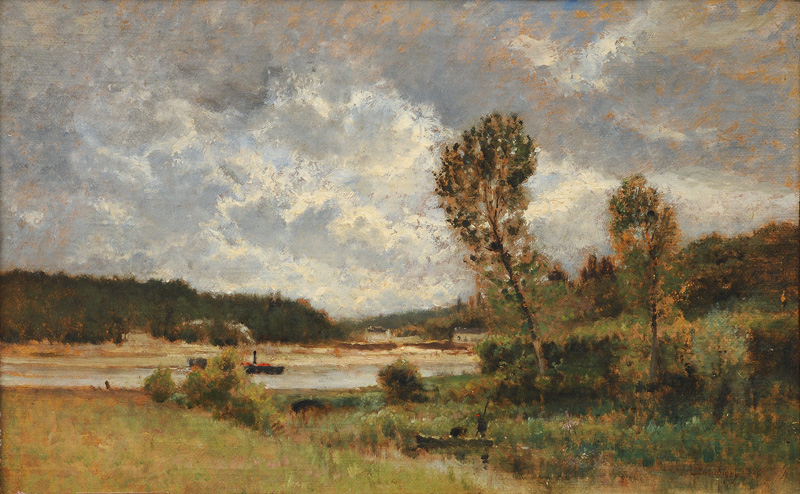 Oil/paper/canvas, 32,5 x 50 cm, lo. ri. sign. Daubigny. - French landscape painter, one of the main exponents of the Barbizon school, his spontaneity a. pictorial style make him one of the most important forerunners of impressionism, after early training by his father he began to exhibit at the Paris Salon in 1838, in 1840 he entered the studio of P. Delaroch, since the mid 1850s he became more a. more successful with his straight landscapes free from academic heroism, he was repeatedly awarded a. commissioned to paint rooms in the Louvre, he elated his audience with the simple grandeur of his motifs a. his sublime colours. - Mus.: Paris (Louvre), Berlin (Nat.-Gal.), Frankfurt (Städel), Amsterdam (Rijksmus.), New York (Metrop. Mus.) u.a. - Lit.: Thieme-Becker, Bénézit u.a.