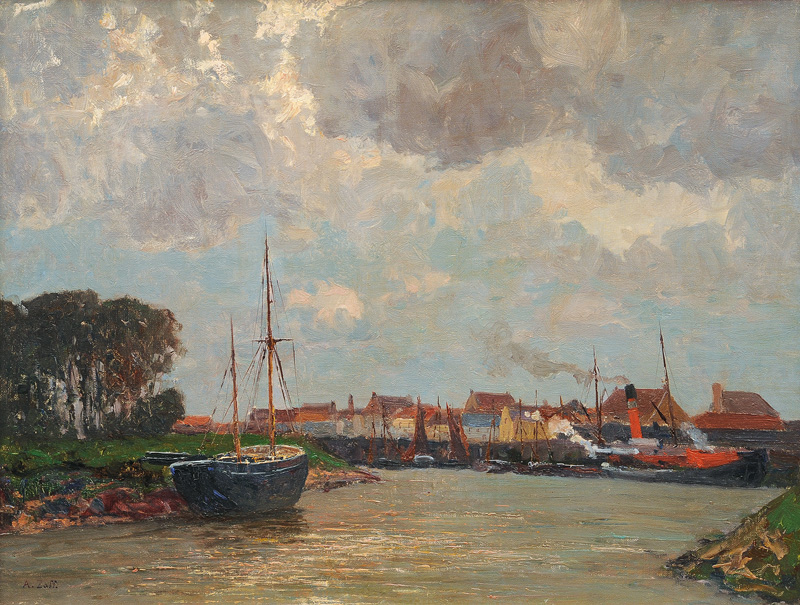 Oil/artists board, 42 x 54 cm, lo. le. sign. A. Zoff, on the reverse inscribed "Der Hafen von Nieuport (Belgien)". - Austrian landscape painter, was initially trained by H. v. Königsbrunn in Graz, 1880-84 he studied at the Vienna academy under E. Peithner v. Lichtenfels, thereafter at the Karlsruhe academy under G. Schönleber, in 1900 he joined the Hagenbund a. was awarded a bronze medal at the Paris World"s Fair, in 1907 he became professor in Graz, besides E. Schindler, T. Blau a. O. Wisinger-Florian he is one of the main exponents of Austrian impressionism. - Mus.: Wien, Graz. - Lit.: Thieme-Becker, Bénézit u.a.