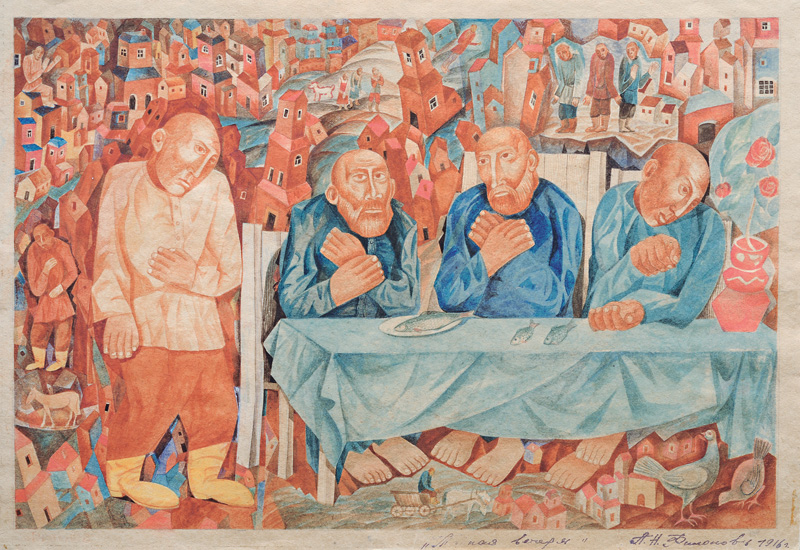 Watercolour, 25 x 36,5 cm, lower left cyrillic inscribed Filonow, lower right cyrillic titled, inscribed and dated P. N. Filonow 1916, unframed. - All inscriptions are probably not by the artist. - Prov.: Acquired in Berlin in the 1980s. - Russian avantgardist painter, studied at the St. Petersburg academy 1908-10, in 1923 he joined the GINChUK (Public institut for artistical culture) under K. Malevich a. became professor at the St. Petersburg academy, a solo exhibition in the Russian Museum was banned because F. didn"t paint in the style of socialist realism, in 1967 a first solo exhibition was shown in Nowosibirsk, in 1988 his art was rehabilitated with an exhibition in the Russian Museum, followed by exhibitions in Paris in 1989 a. 1990. As opposed to cubism F. founded the "analytical realism" that was supposed to show the soul of the objects instead of their surfaces. - Mus.: St. Petersburg (Russ. Mus.). - Lit.: Bown, Filonov u. seine Schule, AK, Düsseldorf/St. Petersburg 1990.