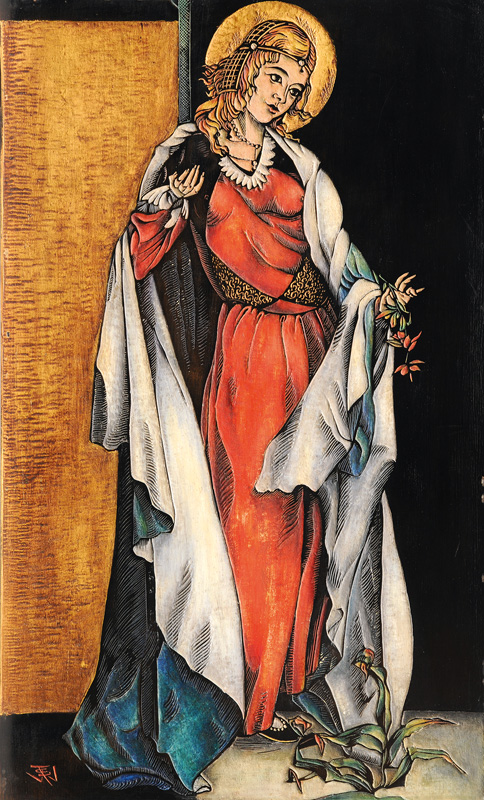 Wooden relief, coloured, 47,5 x 29 cm, lo. le. monogr. TSW, unframed. - German painter a. graphic artist, initially studied at the Technical University Hannover, but continued his studies at the Hannover a. Hamburg academies, after World War I he settled in Bremen where he contributed to the furnishings of of the Petrus-Haus a. the Robinson-Haus in the Böttchergasse, in 1934 he became professor at the Bremen academy. - Lit.: Thieme-Becker, Vollmer, Bénézit.