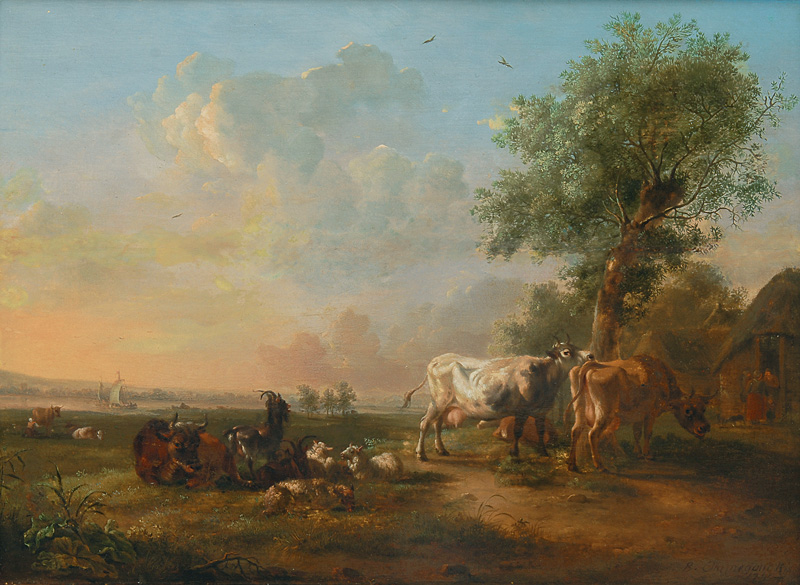 Oil/wood, 34 x 45,5 cm, lo. ri. sign. a. dat. B. Ommeganck 1790, min. rest. - Belgian animal a. landscape painter, trained by H.J. Anthonissen since 1767, he became so very successful that his paintings were often sold in advance, among others to empress Joséphine, among his contemporaries he was considered as the "Raphael of sheep", numerous awards, 1796 professor at the Antwerp academy. - Mus.: Amsterdam (Rijksmus., Stedelijk Mus.), Paris (Louvre), New York (Metrop. Mus.), Antwerpen, Brüssel a. others. - Lit.: Boetticher, Thieme-Becker, Bénézit.