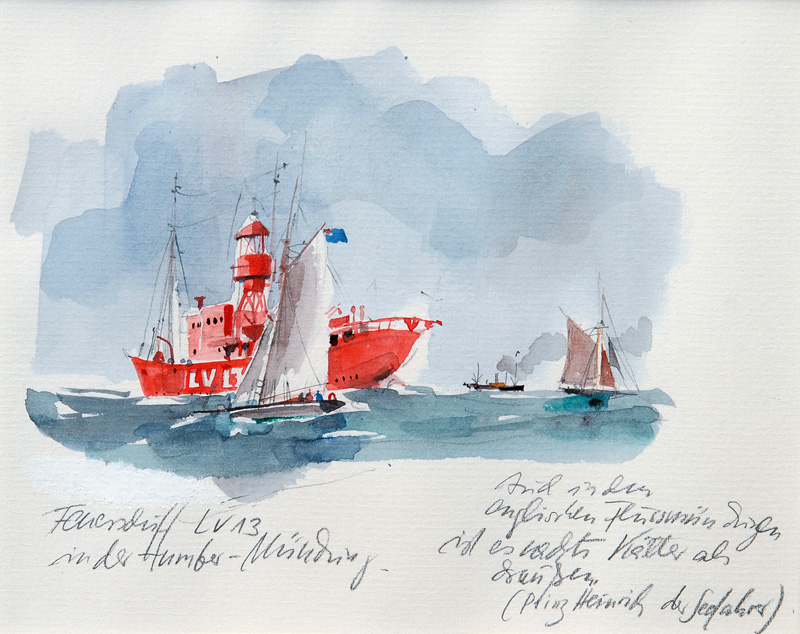 Watercolour, 14 x 17,5 cm, lo. le. titled, matted a. framed under glass, uninspected out of frame. - The light vessel LV 13 served as navigation mark in the estuary of the English river Humber from 1952 to 1991. Today it is in the port of Hamburg. - Hamburg marine painter of East Prussian origin, after World War II he studied at the Berlin academy, in 1957 he moved to Hamburg where he became soon successful as illustrator a. painter.