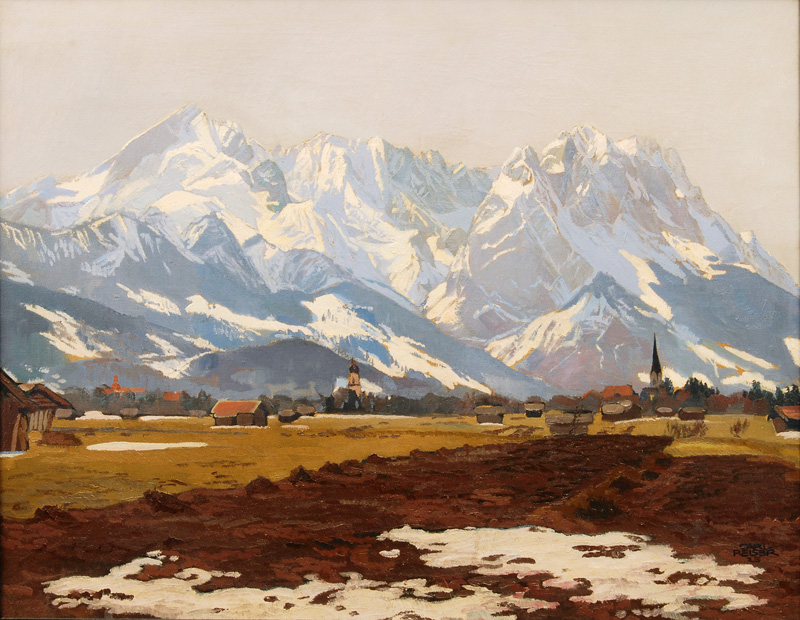 Oil/canvas, 80,5 x 100 cm, lo. ri. sign. a. dat. Carl Reiser 25, on the stretcher inscribed "Vorfrühling Garmisch". - German landscape painter, started his training at the Académie Julian in Paris in 1898, in 1900 he continued to study at the Munich academy but also took lessons at A. Azbe, exhibited with the Munich secession a. at the Munich Glaspalast, was awarded a medal at the Paris World"s Fair in 1913. - Mus.: München. - Lit.: Thieme-Becker, Vollmer.