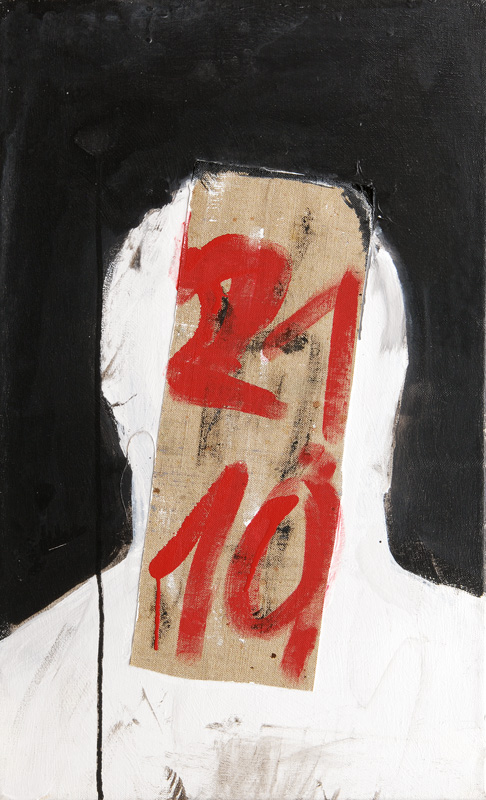 Acrylic a. fabric/canvas, 60 x 35 cm, on the reverse sign. a. dat. Kröger 04. - Figure a. landscape painter, after travelling widely he studied at the Hamburg "Baukreis" 1949-52, he reduced his palette to black, white, grey a. red, in 1964 he exhibited at the Documenta III, in 1982 he was awarded the Edwin Scharff Prize, in 1986 he was guest of honour of the Villa Massimo in Rome, exhibited among others at the Hamburg Kunsthalle.