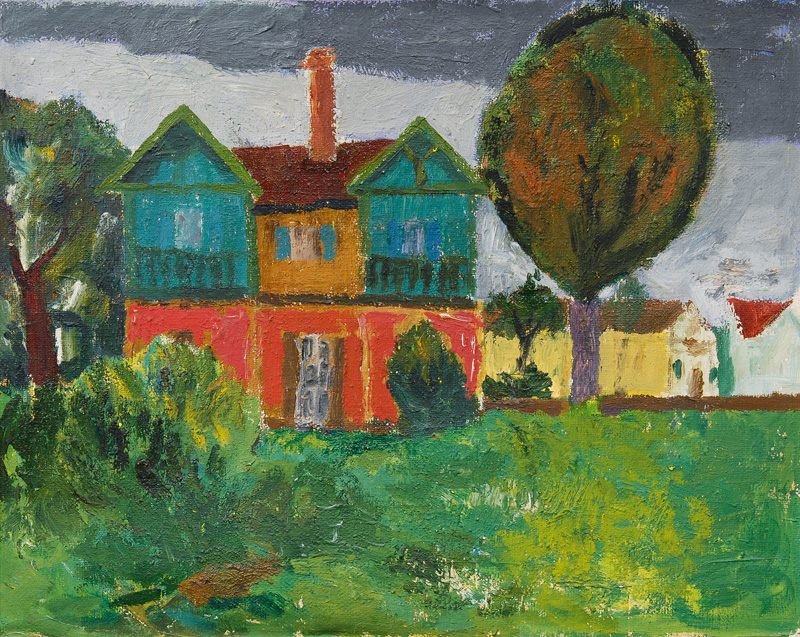 Oil/canvas, 65,5 x 81 cm, on the reverse monogr. a. dat. W.B. 63, on the stretcher titled. - Prov.: Estate of Hilde von Lang, managing director and publisher of the German weekly newspaper "Die Zeit", partner in life of Gerd Bucerius, founder of "Die Zeit" and patron of the arts. - Cf.: W. B., exhibition catalogue Kunsthalle Emden 1984, p. 55. - Expressionist painter a. graphic artist, began his studies at the Essen school of applied arts, after serving the army shortly in 1915 he continued to study at the Karlsruhe a. Dresden academies where he was master student of Karl Albiker, 1924 to 1935 he lived in South France where he met among others G. Braque a. Th. Mann, after his return he was outlawed as "degenerate" by the Nazis in 1937 a. retired to Tutzing, in 1952 he became professor at the Karlsruhe academy togethe with Erich Heckel. - München, Karlsruhe, Hannover, Freiburg, Ettlingen, Bochum. - Lit.: Saur, Vollmer a. others.