Vincent Adriaenssen: Christ in the House of Mary and Martha 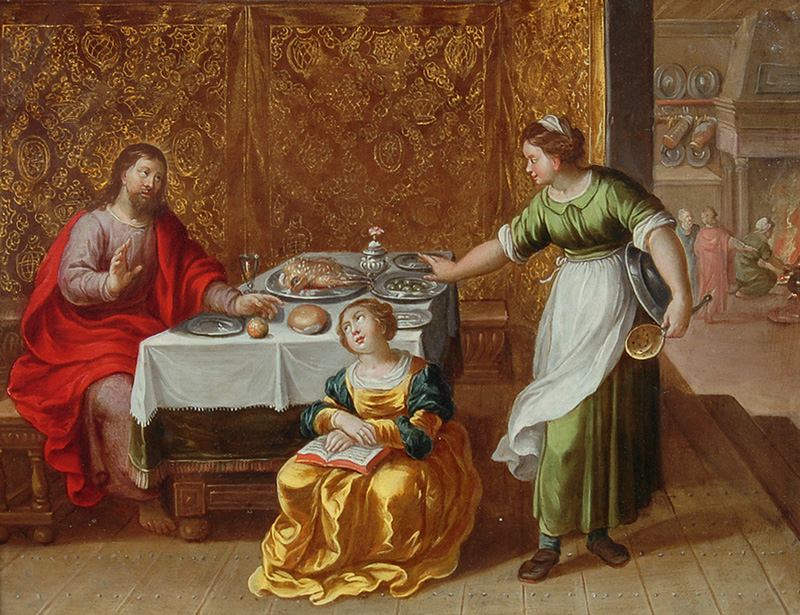 Christ in the House of Mary and Martha

Oil/copper, 23,5 x 31 cm, min. rest. - Expert report: Dr. Ursula Härting, September 2010. According to Dr. Härting it is an early work from the Antwerp periof of the artist. - History, battle a. figure painter, was trained by his brother, the still life painter Alexander A., in 1625 he travelled via Paris to Rome, on recommendation of Poussin he was called to the Paris court in 1642, where he worked for cardinal Mazarin until 1661, two years later he lost his left arm in a battle, his works were in numerous noble collections in Germany, France a. Italy. - Lit.: Saur, Thieme-Becker, Bénézit u.a.