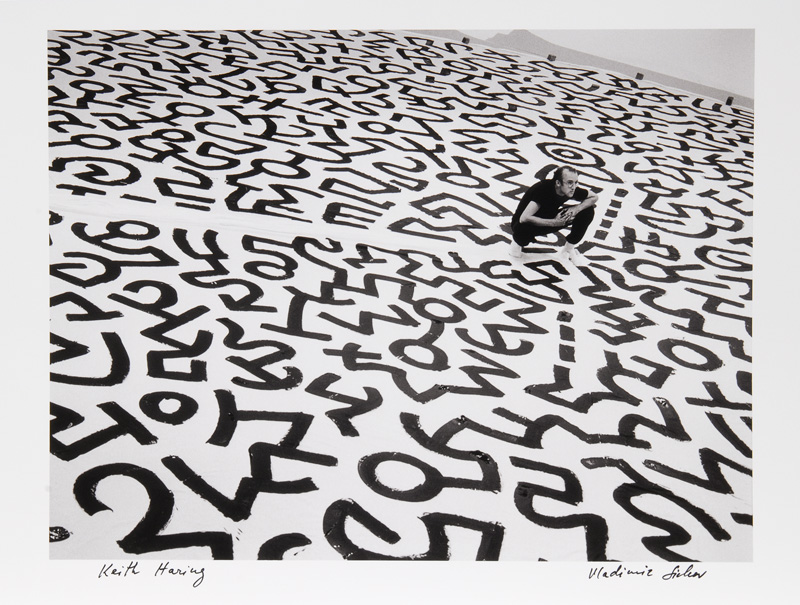 Photograph, 32 x 42 cm, sign. lo. ri. Vladimir Sichov, lo. le. inscribed Keith Haring, on the reverse photographer"s stamp, unframed. - French photographer of russian origin, his censored photos of everyday life in the Sowjet Union were smuggled to the West by friens of the artist, after emigrating to Paris in 1979 he established himself as photographer, worked for Paris Match a. Stern, lately his early works were shown in the Tretyakov gallery, Moscow.