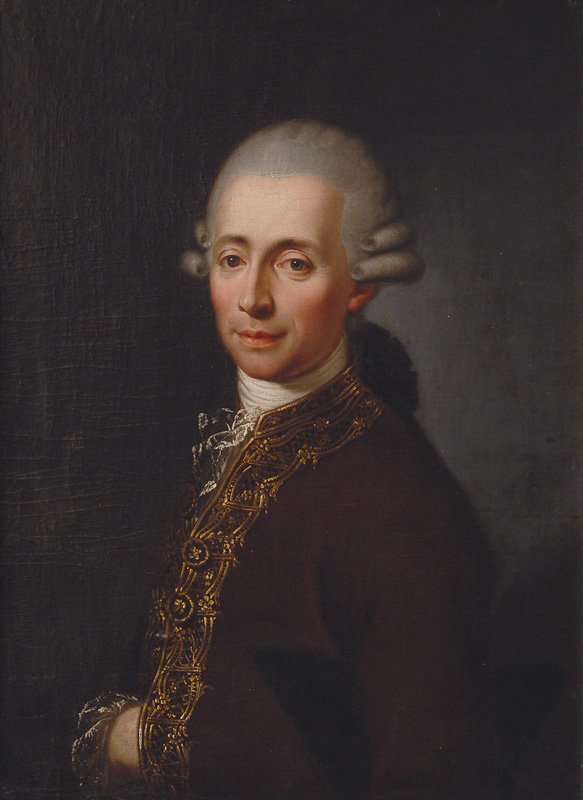 Oil/canvas, 73,5 x 55,5 cm, on the reverse on the stretcher inscribed "Lampi it. pingebat", min. rest., relined. - Prov.: Franconian noble family. - Portrait a. history painter, trained by F.X. König a. F.N. Streicher in Salzburg, thereafter by F. a. D. Lorenzi in Verona, worked in Trent as portrait painter of the prince-bishop a. the local nobility, in 1783 he established himself in Vienna where among other he repeatedly painter emperor Joseph, in 1788 he was court painter in Poland, in 1791 in Russia before returning to Vienna in 1797 to Vienna where he was ennobled in 1798 a. became honorary citizen in 1799, he is considered to be the last great portrait painter of the Rococo. - Mus.: Florenz, Krakau, St. Petersburg (Eremitage), Wien, Budapest a. others. - Lit.: Boetticher, Thieme-Becker, Bénézit a. others.