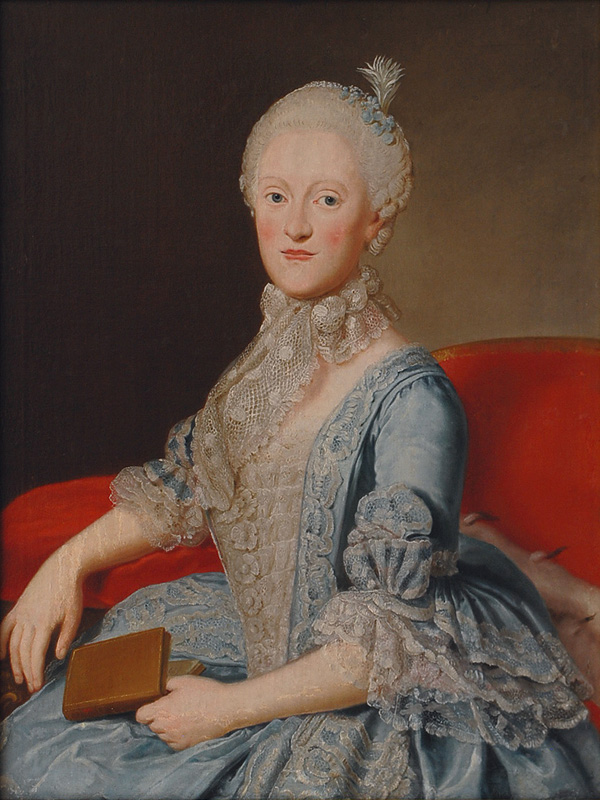 Oil/canvas, 84 x 67 cm, min. rest., relined. - Prov.: Until 1954 Grafen v.d. Schulenburg, Schloss Burgscheidungen; 1954 Staatliche Galerie Schloss Moritzburg, Halle; Franconian noble family. - The painting was up to now only known by a miniature copy a is a fascinating new discovery, that was attributed to A.R. Mengs, C.F. Lisiewsky, G. Desmarees as well as A. Graff, who used the exact composition scheme of the painting at hand for his portrait of princess Maria Kunigunde created in 1769. Maria Kunigunde became princess-abbess in Essen after her planned marriage to the later emperor Joseph II failed. Even before the loss of the clerical commodities by the secularisation she became one of the first proprietors of the St. Antony smelter a. the Gutehoffnung smelter, that initiated the raise of the Ruhr district as a center of smelting.