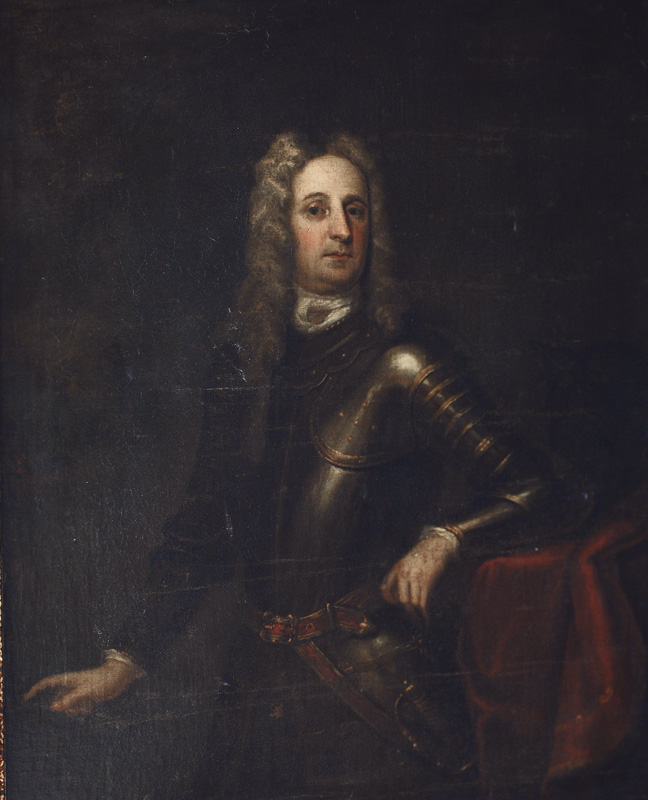 Oil/canvas, 125 x 101 cm, rest., relined. - The Hague born Henry of Nassau Auverquerque was Lord Chamberlain of Queen Caroline from 1717 to 1737. - Leading english portrait painter of the late 17th a. early 18th cent., trained by Bol a. Rembrandt in Amsterdam a. Maratta a. Bernini in Rome, principal painter in ordinary to the the kings a. queens of England from Charles II to Georg I, ennobled by William III, maintained one of the most sought-after a. prolific studios of his time, the pattern created by him was folllowed in english portrait painting until William Hogarth a. Joshua Reynolds. - Mus.: In all major european collections, among others Florence (Uffizi) a. London (Nat. Gallery). - Lit.: Thieme-Becker, Bénézit a. others.