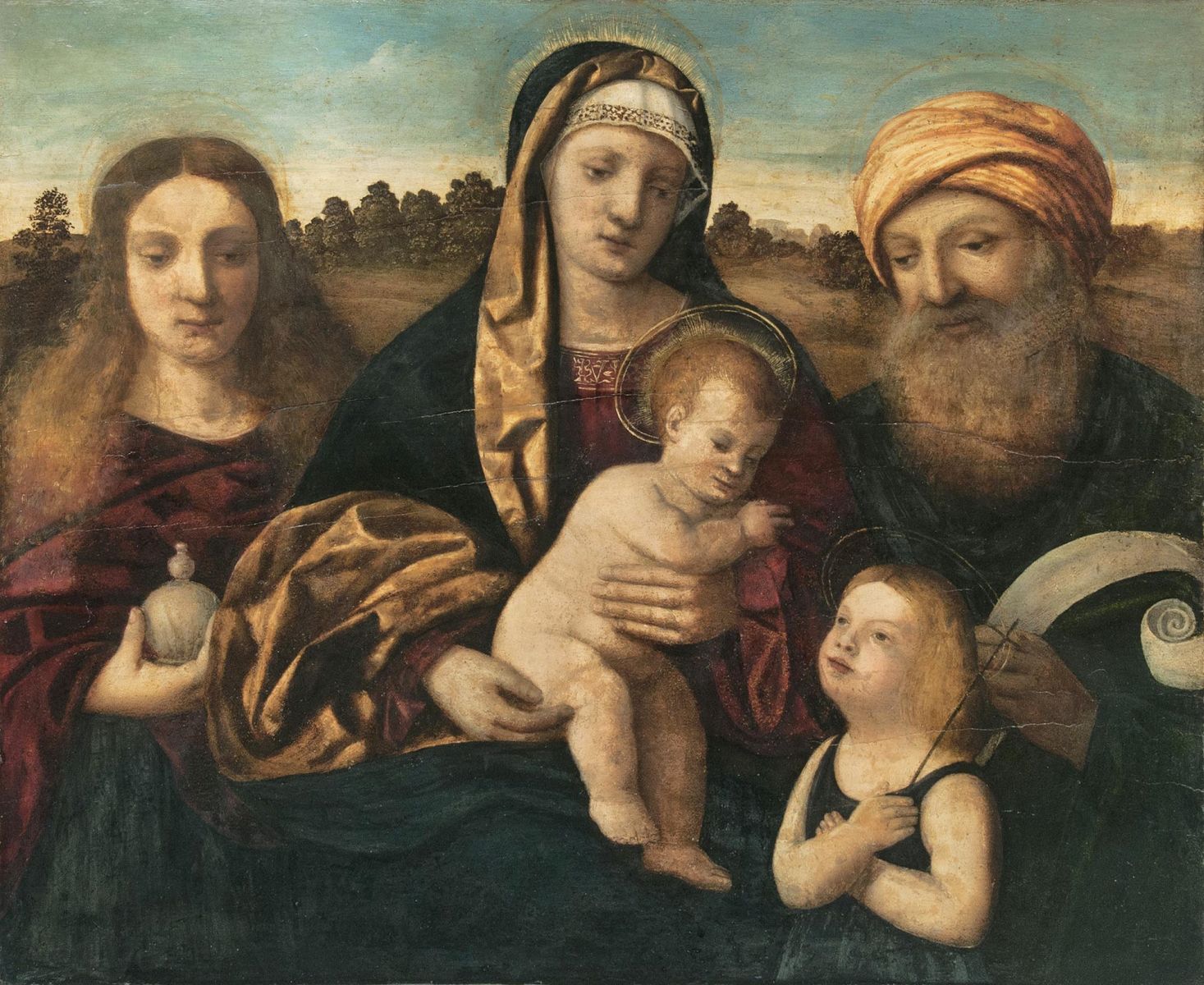 Oil/wood, 65 x 80 cm, on the reverse old Christie's block stamp, some rest. - The 'sacra conversazione' which shows Maria and the Christ child with saints was invented in 13th cent. Italy but became most popular with the Venetian masters of the Renaissance. The painting at hand shows the infant St. John, Mary Magdalene and a Saint with Scroll. - Provenance: Christie's; Private collection Sweden. - Venetian paitner, one of the most important artists of early and high renaissance. His depictions of perspectively correct settings, his figures, but mostly his use of colour were distinctive for a whole artistical epoch; his most famous pupils were Tizian and Giorgione. Mus.: Venice (Academia), Paris (Louvre), London (Nat. Gall.), New York (Metrop. Mus.), Washington (Nat. Gall.), Milan (Brera), Vienna (Kunsthist. Mus.), Berlin (Gem. Gal.) a. others. Lit.: Thieme-Becker, Bénézit a. others.

Place a bid for "Sacra Conversazione":