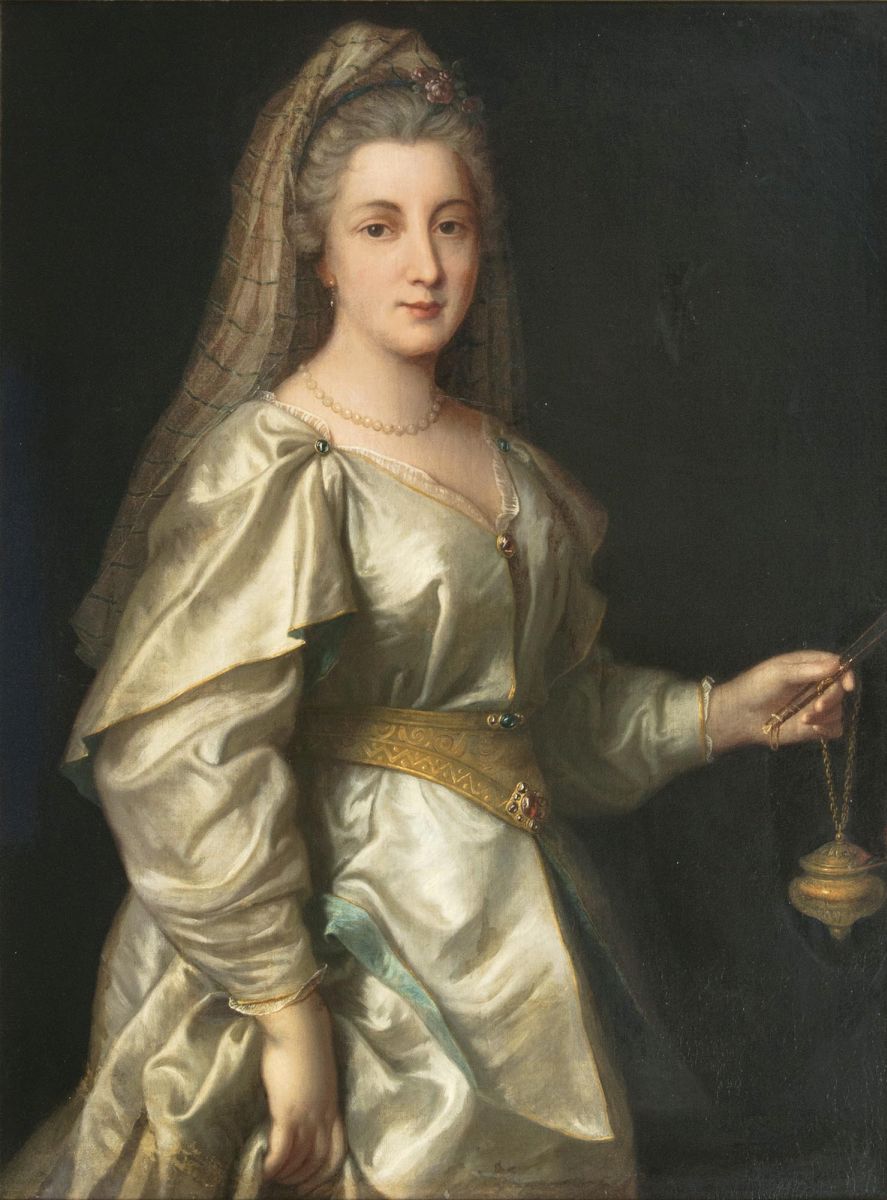 Oil/canvas, 107 x 80 cm, some. rest., relined. - Provenance: Private collection Sweden. - Swedish-French artist, one of the most eminent portrait painters of the 18th cent. R. was taught painting in the studio of G. E. Schröder in Stockholm since 1736. He worked in Brandenburg and Bayreuth and lived in Italy for some years. In 1752 he settled in Paris where he soon became member of the academy and exhibited at the Salon since 1753. He worked at the courts of Stockholm, St. Petersburg, Warsaw and Vienna since 1774 before returning to Paris in 1779. Mus.: Paris (Louvre), St. Petersburg (Hermitage), Stockholm (Nat. Mus.) Lit.: Thieme-Becker, Bénézit a. others.