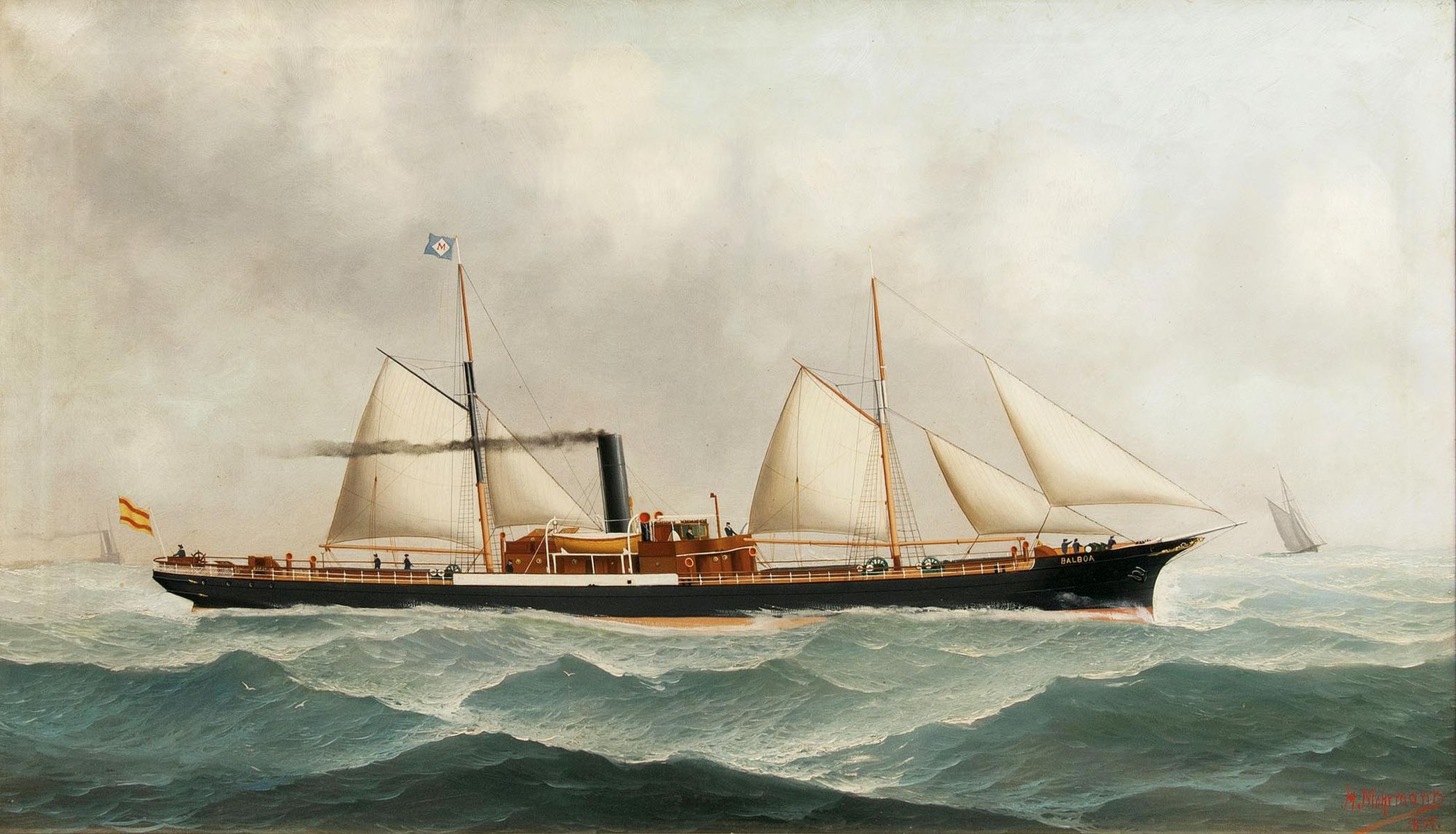 Oil/canvas, 60 x 100 cm, lo. ri. sign. and dat. H. Mohrmann 1895. - Marine painter and ship portrait painter. M. worked as sailer, stage designer and restorer before settling in Antwerp in 1884 where he soon became a sought after ship portrait painter. He emigrated to Canada in 1913. His works are considered to be among the best achievements of the genre before painted ship portraits were superseded by photography. By inclining the ships to the viewer M. was able to show more details on deck. Mus.: Bremerhaven (Deutsches Schiffahrtsmuseum), Hamburg, Bremen, Rostock, Antwerp a. others. Lit.: Buchholz: Ship Portrait Artists.

Place a bid for "The Balboa":