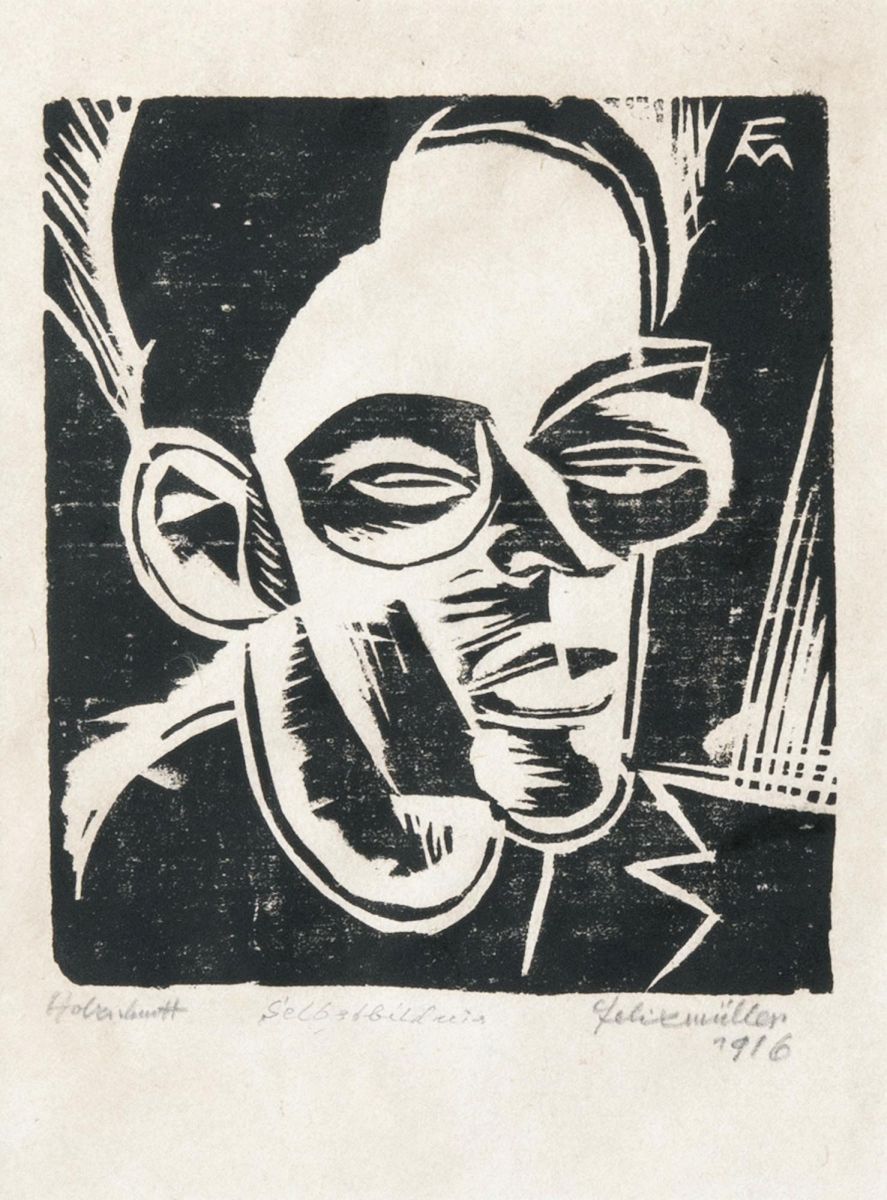 Woodcut/japan, 17,5 x 15,5 cm, lo. ri. autographed and dat. Felixmüller 1916, lo. middle titled, lo. le. inscribed 'Holzschnitt', matted and framed under glass, uninspected out of frame. - German expressionist painter. F. studied at the Dresden academy under C. Bantzer. He was author of the journal 'Der Sturm', co-founder and chairman of the Dresden secession as well as member of the Novembergruppe. After the war he became professor at the university Halle. After painting sociocritical paintings in his early career he began to develop a more settled style since 1930. Mus.: Berlin (Neue Nat.-Gal.), Dresden (Gem.-Gal. Neue Meister), Stuttgart (Staatsgal.), Wuppertal (Von-der-Heydt-Mus.), Hannover (Sprengel-Mus.) , Darmstadt, Bielefeld, Altenburg, Cottbus a. others. Lit.: AKL, Vollmer.

Place a bid for "Self Portrait":