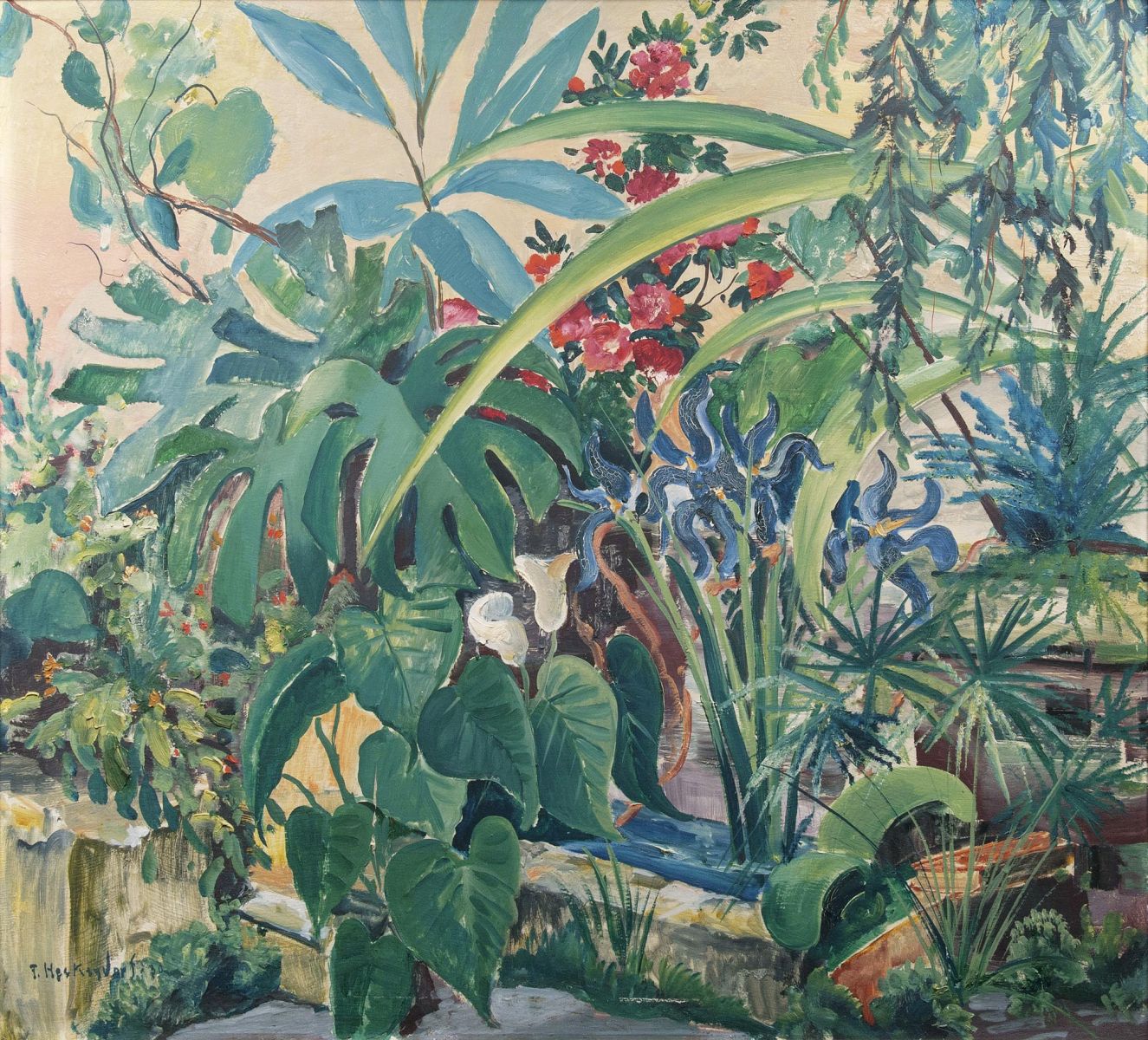 Oil/wood, 99,5 x 115 cm, lo. le. sign. and dat. F. Heckendorf 30, inconspicuous scratch. - Provenance: Private collection Munich - Important German expressionist painter. H. studied 1905-08 at the art school and at the academy in Berlin. He was member of the board of the Berlin secession 1916-18 where he exhibited as early as 1909. Some of his works were seized from exhibitions as 'degenerate' by the Nazis in 1937 a. was imprisoned for helping Jews leaving Germany. H. is one of the artists of the so called 'Lost generation', reprised by the Nazis, whose artistical achievements were not adequatly appreciated. Mus.: Berlin, Bremen, Los Angeles a. others. Lit.: Thieme-Becker, Vollmer, Bénézit.