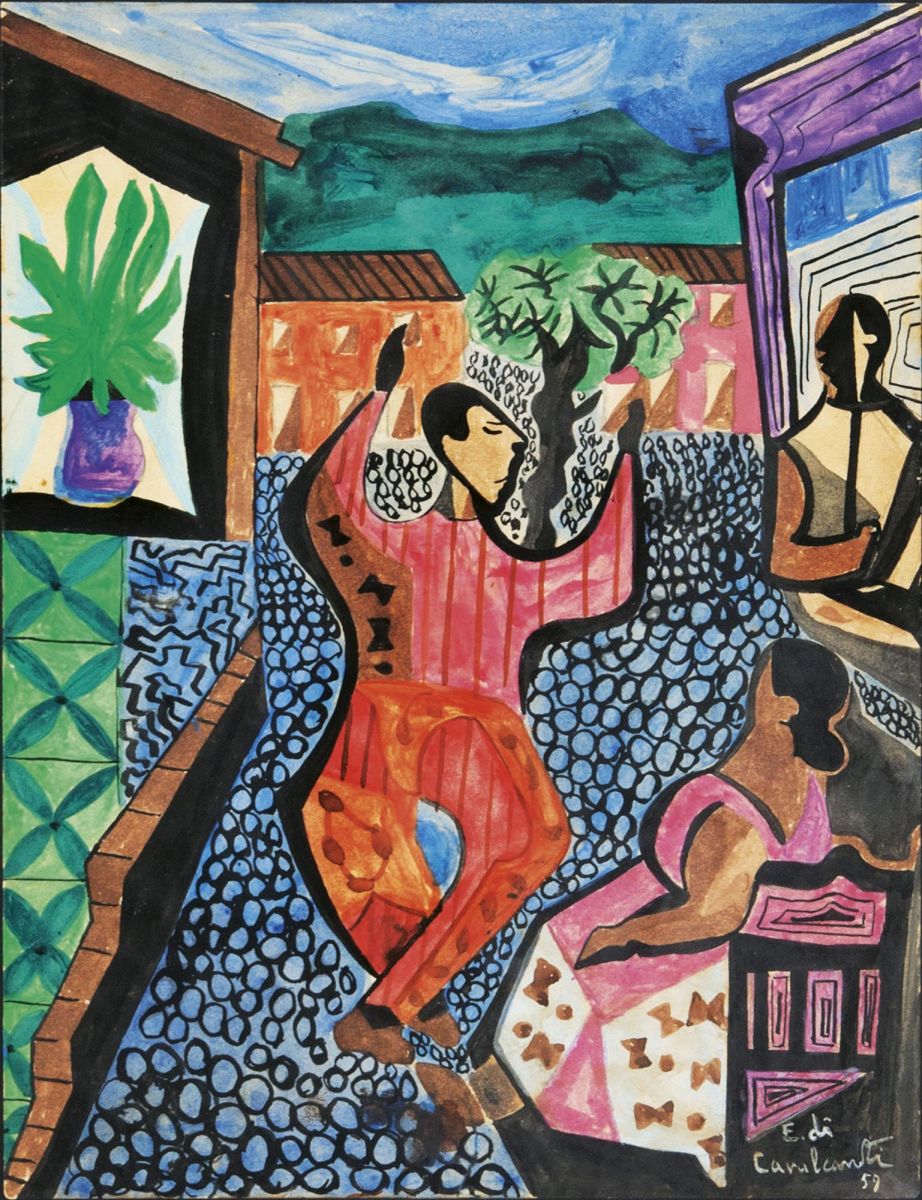 Watercolour, 28,5 x 22 cm, lo. ri. sign. and dat. E. di Cavalcanti 59, framed under glass, uninspected out of frame. - Provenance: Private collection Schleswig-Holstein. - Brazilian painter and art critic. C. began as illustrator and caricaturist for newspapers. He studied in Sao Paolo since 1918, 1923-25 he studied in Paris where he met Picasso, Matisse and Braque. 1935-40 he worked in Paris and Spain as correspondent and art critic for Brazilian newspapers. C. won several prizes and is considered to be one of the most important painters of Brazil. Mus.: Rio de Janeiro, Sao Paolo, Paris, Brussels. Lit.: AKL, Vollmer.