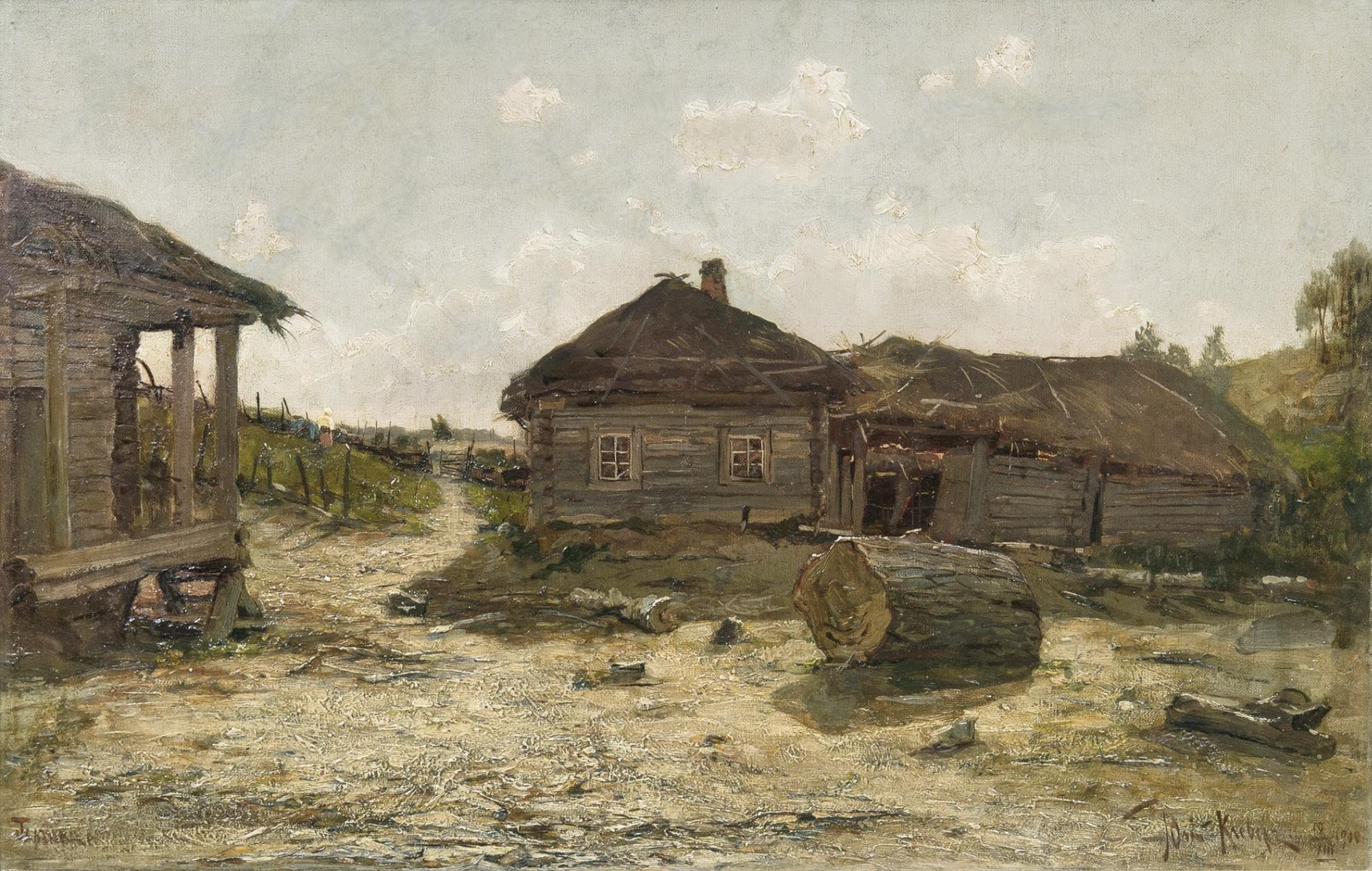 Oil/canvas, 42,5 x 66,5 cm, lo. ri. cyrillic sign. Julius Klever and dat. 10/VIII/1900, lo. le. cyrillic inscription, on the reverse owners adress Berlin-Spandau. - Estonian landscape painter. K. studied at the St. Petersburg academy since 1867 under M. Clodt and M. N. Worobjew and was repeatedly awarded prizes already as student. He became professor at the St. Petersburg academy in 1881 and was ennobled in 1893. He xhibited at all major exhibitions in Europe where he was considered to be the most important Russian landscape painter and the main exponent of the 'paysage intime' in Russia, depicting with unrivalled virtuosity the melancolical beauty of the Baltic coasts and of the Russian woods. Mus.: Moskau (Tretyakov Gall.), St. Petersburg (Russ. Mus.), Tartu a. others. Lit.: Thieme-Becker, Bénézit.