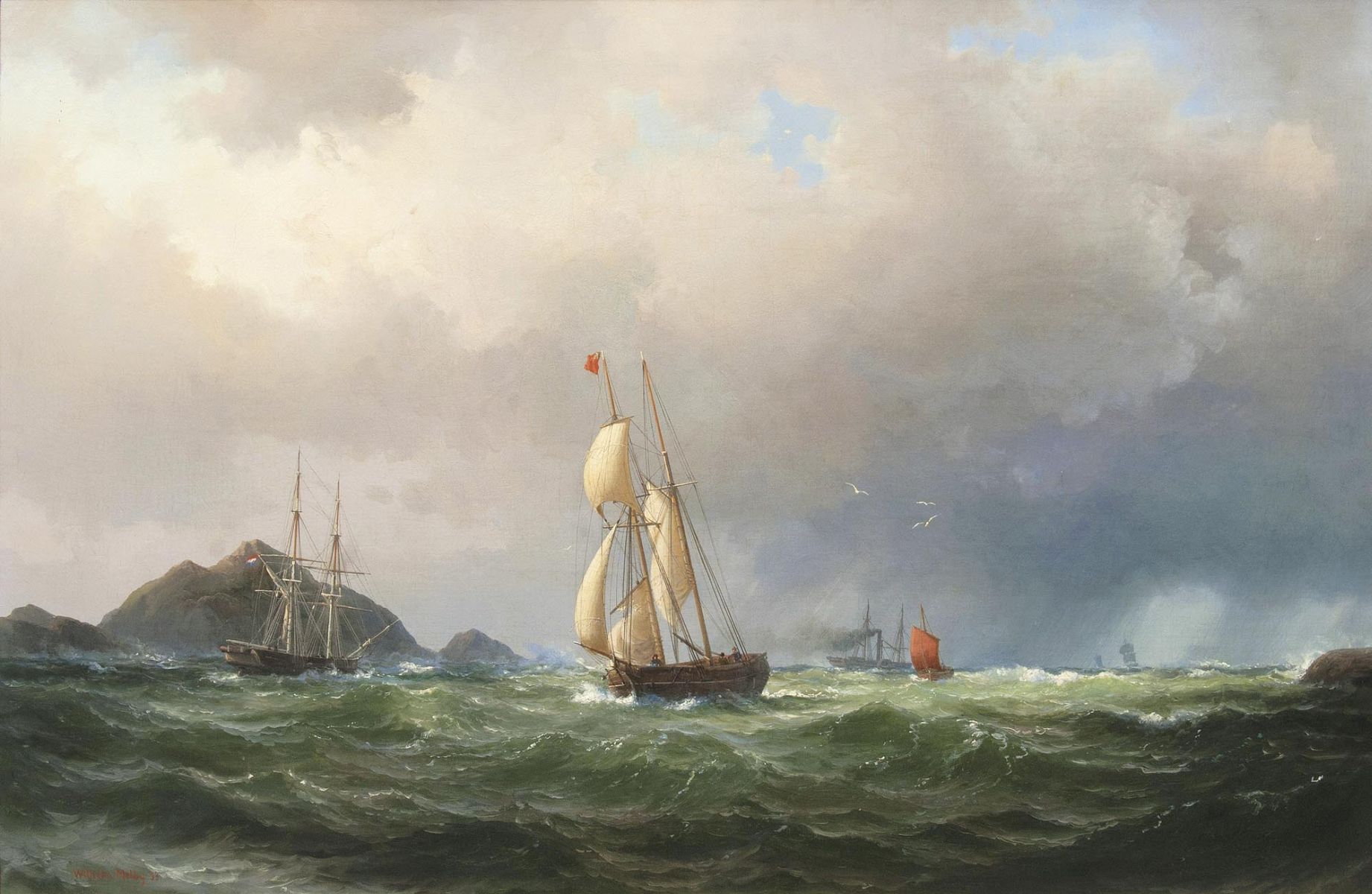 Oil/canvas, 69 x 108,5 cm, lo. le. sign. and dat. Wilhelm Melby 53, min. rest., relined. - Danish marine painter, pupil of his elder brother Anton Melbye. He studied also at the Copenhagen academy 1844-47 under C. Dahl. 1848/49 he continued his studies at the Düsseldorf academy a. also worked in the studio of Th. Gudin in Paris. M. lived in London for many years; in 1880 he became professor in Copenhagen. Mus.: Aarhus, Copenhagen, Göteborg, Skagen a. others. Lit.: Thieme-Becker, Bénézit, Weilbach a. others.