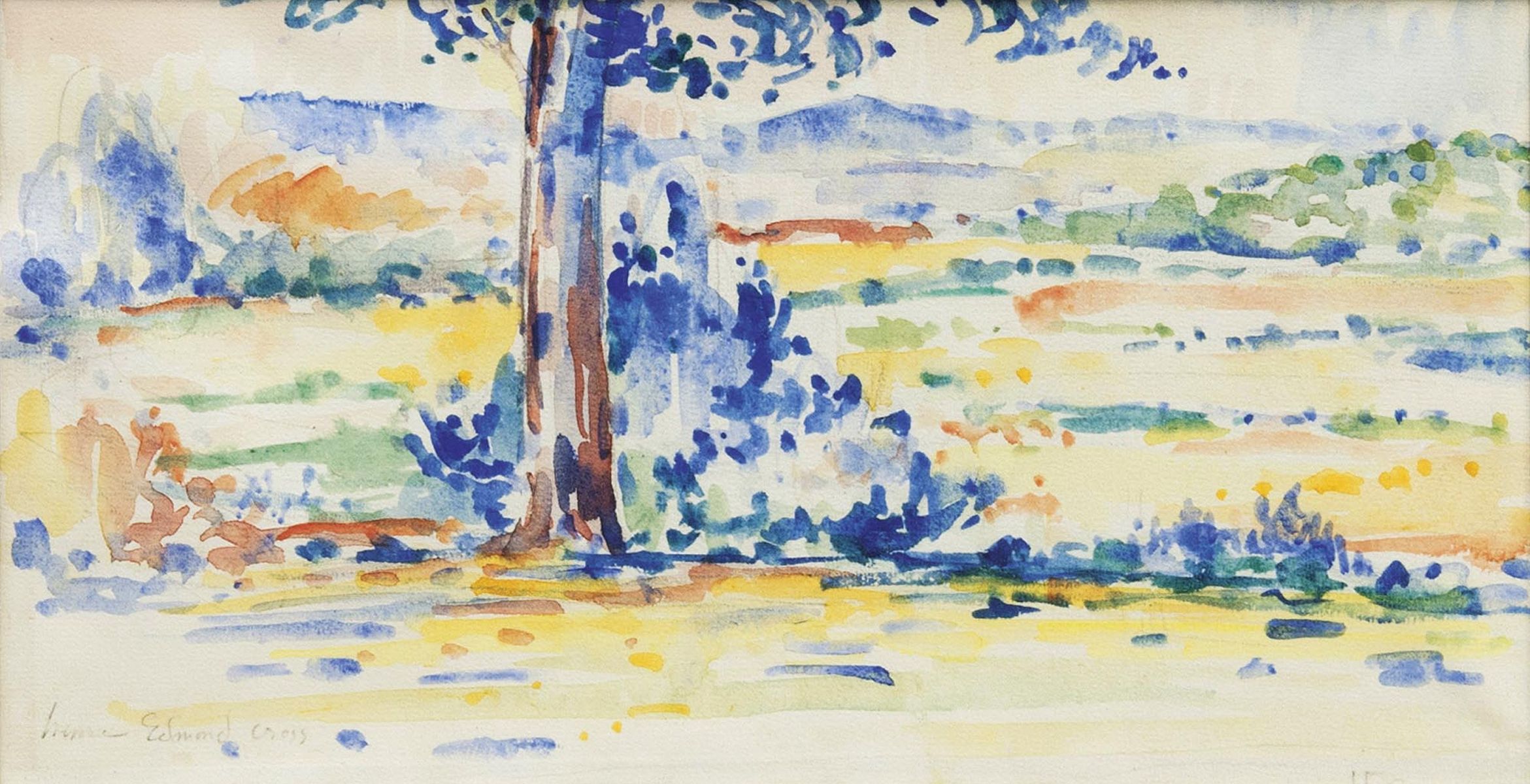 Ca. 1906-09, watercolour over pencil, 16 x 30 cm, lo. le. sign. Henri Edmond Cross, matted and framed under glass, uninspected out of frame. - Expertise: Patrick Offenstadt confirms the authenticity. He will include the watercolour into the catalogue raisoné being prepared. - Provenance: Auction house Koller, Zurich, May 1980; Gallery Motte, Geneve; private collection near Lake Zurich. - French painter a. graphic artist, important piointillist. C. was initially taught painting in the studio of E. Carolus-Duran in Lille and thereafter studied at the local academy under A.-V. Colas. Since the mid 1880s C. turned away from the acadamic tradition and soon established himself among the leading neo-impressionists. He exhibited in the Salon, in the Salon des Indépendants in Paris and in the Salon des XX in Brussels. In 1892 he settled at the Mediterranean coast where he and P. Signac became close friends. In 1904 he met H. Matisse who was considerably influenced by C. In the mid 1900s C. was at the height of his career. Mus.: St. Petersburg (Hermitage), Paris (Musée d'Orsay), New York (MoMA), Chicago (Art Institute) a. others. Lit.: AKL, Thieme-Becker, Bénézit a. others.