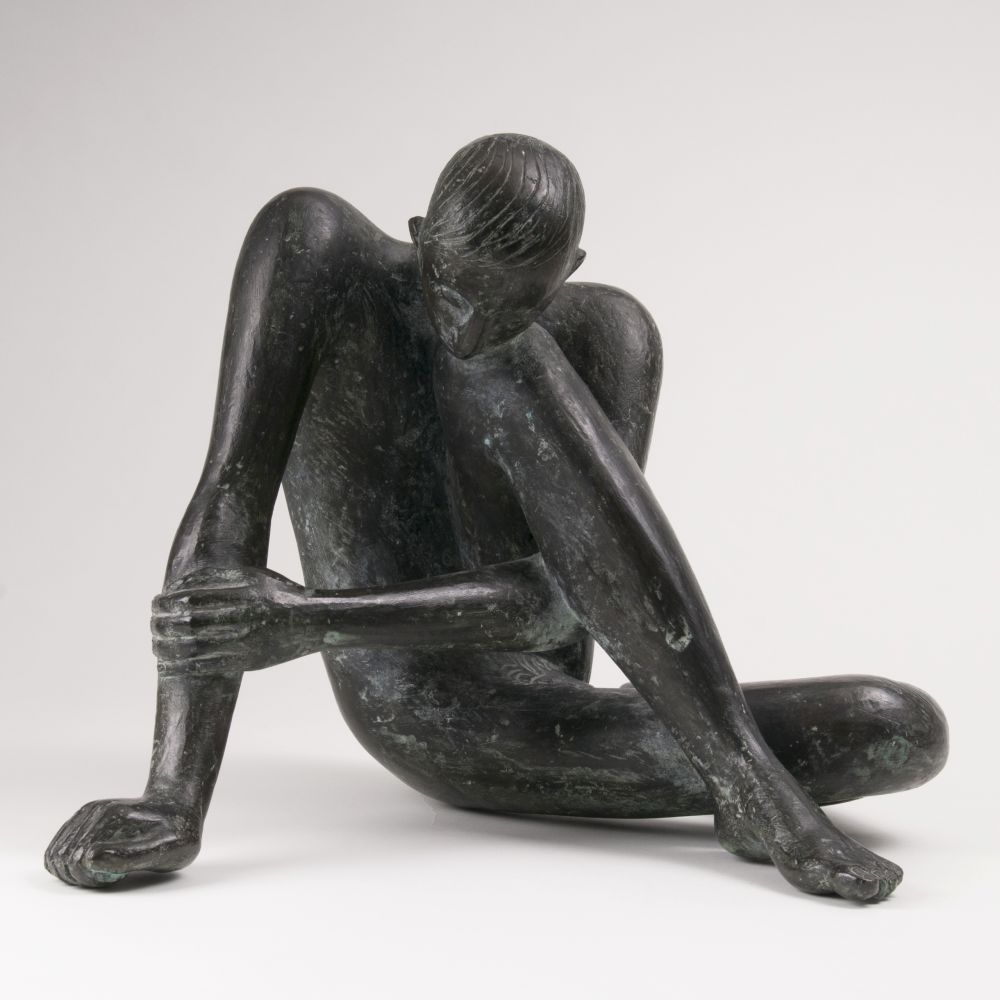 1988. Bronze with dark patina, engravings with white-green patina. Monogr. to the right sole 'KHK' and numbered copy '4/6'. H. 34 cm. - Provenance: Corporate collection, North Rhine-Westphalia. - German sculptor, was educated at the Berlin Academy of Fine Arts and was master pupil of Richard Scheibe who influenced him most profoundly. Since 1954 Krause worked as a freelance artist in Berlin and received in 1955 the Georg-Kolbe-price of the city of Berlin. When the Wall went up he moved to Kochel am See and 1965 to Mainz and spent several periods in Villa Massimo in Rome and Villa Romana in Florence. Numerous single and group exhibitions at home and abroad as well as works for the Public Space for example the well known 'Firebird' along the banks of the Rhine in Mainz.