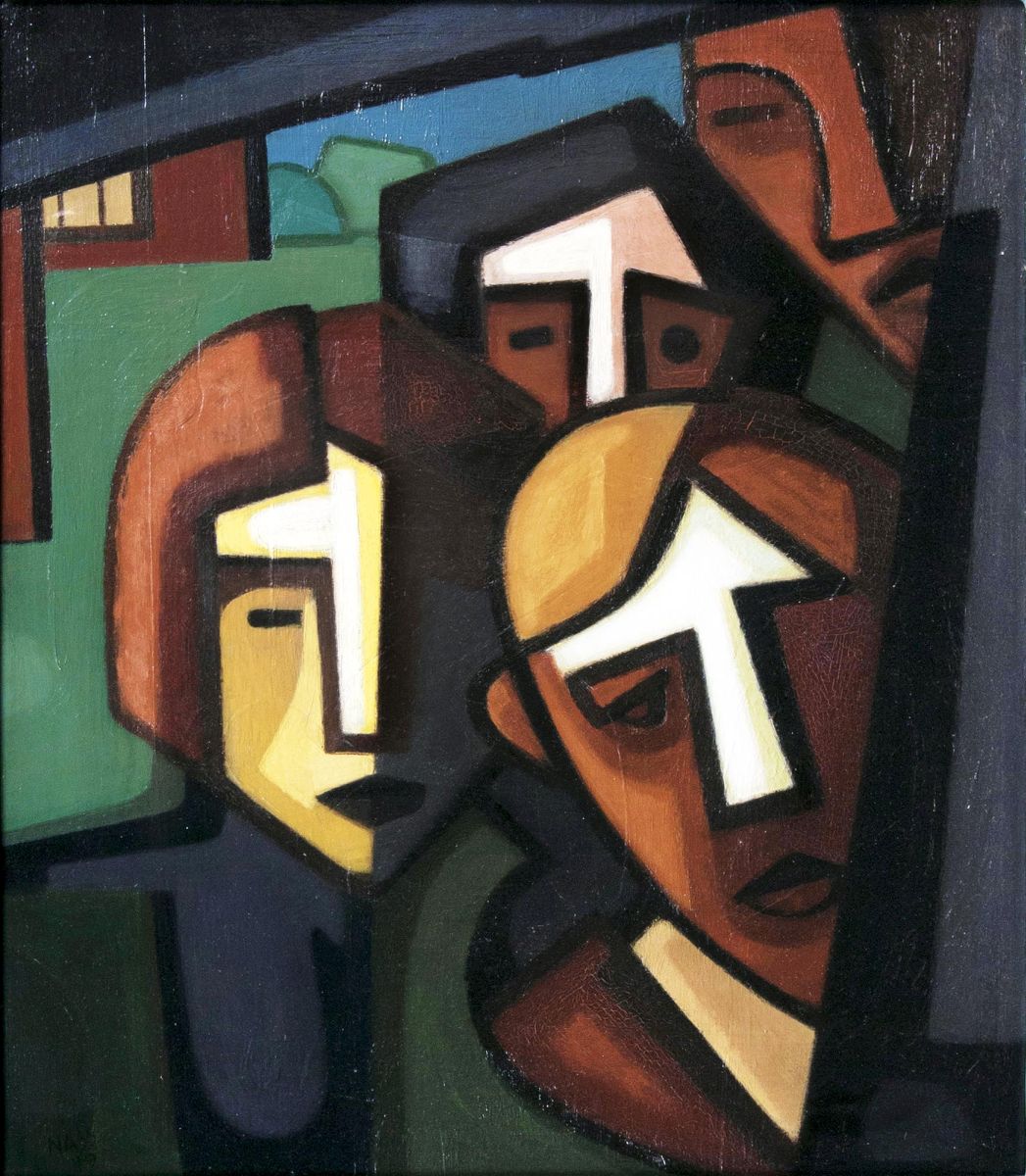 Oil/cardboard, 54 x 46 cm, lo. l. signed and dated Nass 49, on reverse dated and titled and inscribed with artist's address. - Hamburg painter, studied at the Hamburg arts school under W. Battermann, H. Kolitz and E. Eitner, after beginning in New Objectivity he turned to abstraction, in 1937 parts of his oeuvre were seized by the Nazis as 'degenerate', after World War II he developed a figurative geometrical style. Mus.: Hamburg (Museum f. Kunst u. Gewerbe). Lit.: Der Neue Rump, Heydorn, M. Bruhns: Kunst in der Krise a. others.