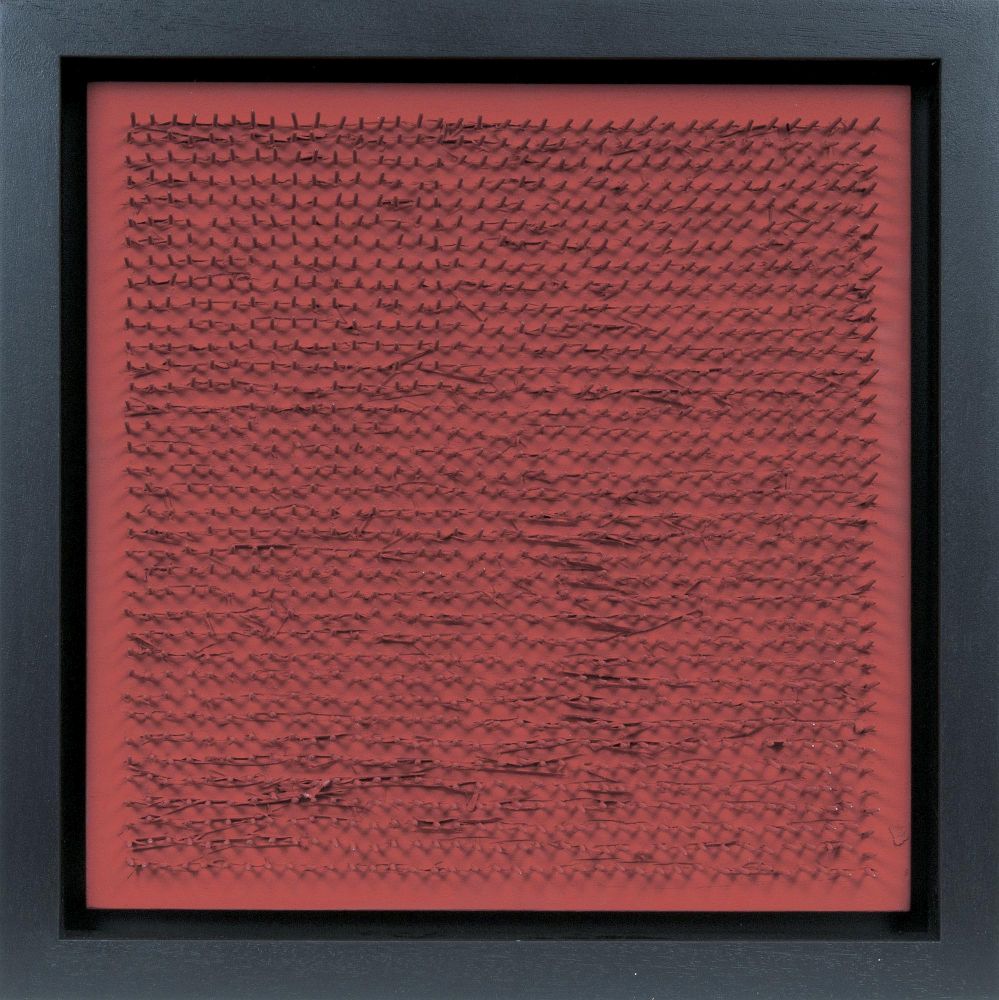 Nails a. panel, painted red, 40 x 40 cm, on the reverse sign. a. dat. Bernard Aubertin 1969. - Expertise: Accompanied by artist's photo confirmation issued by the Archivio Aubertin, Milan - French painter and object artist. A. studied at a Paris arts and crafts school 1955-57 until an encounter with Yves Klein gave him a decisive momentum for his art. He began with monochrome red surfaces, since 1960 with nail objects, later fire became the most important medium. He created works from matches and fireworks, expanding the fire also in the exhibition space. He exhibited among others at the Documenta in 1977. Mus.: Paris, Zurich, Düsseldorf, Milan a. others. Lit.: AKL, Bénézit.