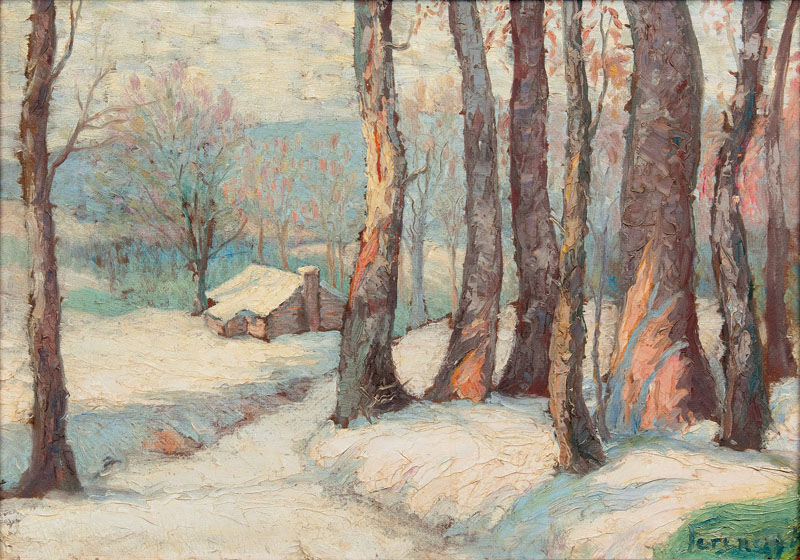 Oil/cardboard, 47 x 68 cm, lo. ri. sign. Ferenczy K. - Provenance: Bought in the 1980s in Brasil. - Hungarian painter. F. studied business at the Vienna academy before turnting to painting. He studied in Naples in 1885, in Munich in 1886 a. at the Académie Julian in Paris 1887-89, among others under A. W. Bouguereau. F. was among the founders a. the most imporant members of the Nagybány artist's colony. In 1906 he was appointed professor at the Budapest academy. F. won many awards, among others the gold medal of the Venice Biennale a. the great gold medal of the Munich Glaspalast.