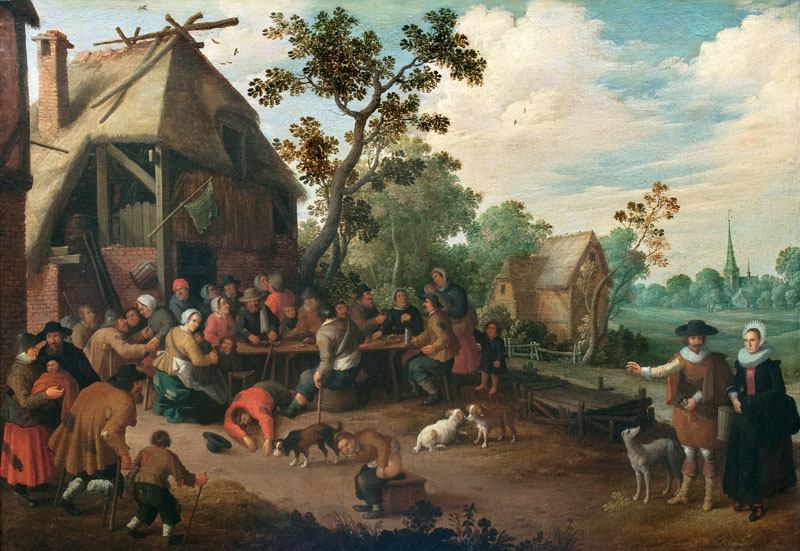 Oil/canvas, 66 x 96 cm, on the flag sign. a. dat. JC Drochsloot 1626, min. rest., relined. - Dutch paintings of the 17th cent. sometimes tended to look at the rustic life with a certain amusement, or even contempt. Urban citizens, buyers of such art, could thus reassure themselves of their sophistication. Drochsloot invites the viewer to relate to the well-dressed couple at the right margin, which is watching the merriment of the famers from a distance. Not even the dogs of the different social classes are fraternizing. - Dutch landscape a. genre painter. Nothing is knwon about his early life. D. became member of the Utrecht St. Luke's Guild in 1616, its dean in 1632. He didn't seize the emerging Utrecht caravaggism but adhered to the tradition of Brueghel's village scenes with many figures, but gave greater importance to the landscape.