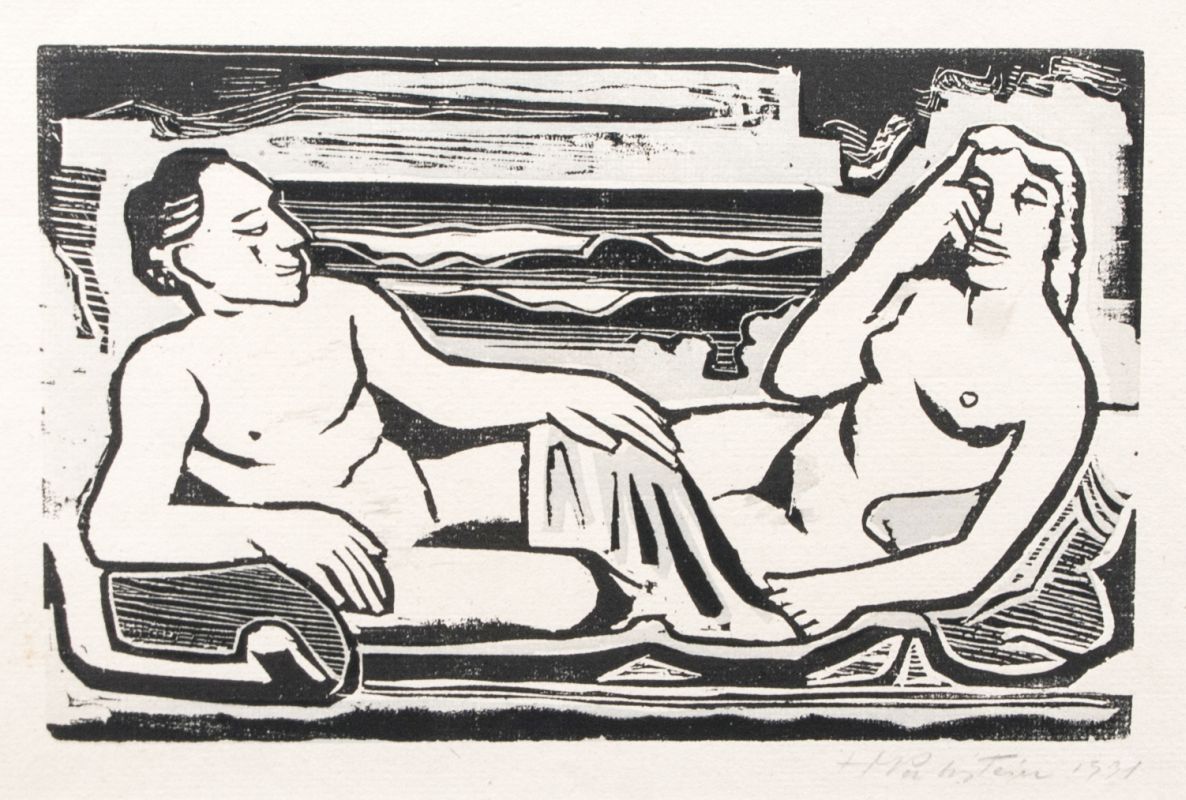 Lithograph in colours, 22 x 34 cm, lo. ri. autographed a. dat. HM Pechstein 1947, matted a. framed under glass, uninspected out of frame. - German painter a. graphic artist, one of the main exponents of expressionism. P. studied at the Dresden art school a. the academy, at last 1903-06 as master student of O. Gussman. As early as 1906 he joined the artist's group 'Brücke'. The following year he travelled Italy a. France with a scholarship. He settled in Berlin where he became member of the Secession a. president of the Neue Secesssion, which led to his exclusion from the 'Brücke' in 1912. In 1918 he was founding member of the 'Novembergruppe' in Berlin. The Nazis chased him from his job as professor at the Berlin academy which he had had since 1923. In 1937 he was also excluded from the academy a. many of his artworks featured the exhibition 'Entartete Kunst'. He spent the Nazi years mainly in Pomerania. As early 1945 he became professor again in Berlin a. was awarded many prizes during the following years. His works were exhibite posthumously at the Documenta I in 1955.