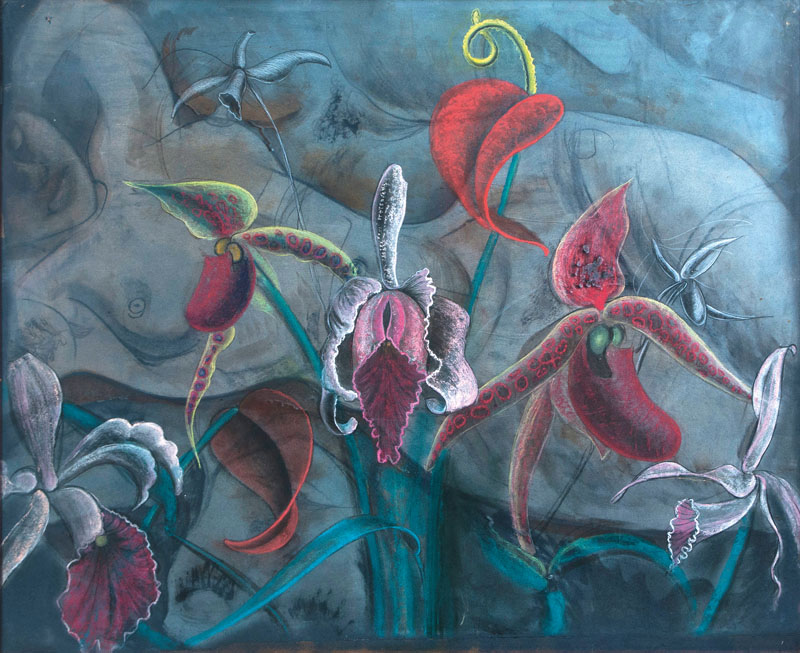 Watercolour, tempera, pastel, 81 x 101 cm, lo. middle monogr. a. dat. KG 30, framed under glass, uninspected out of frame. - German painter. G. studied since 1913 at the Dresden Kunstgewerbeschule before beeing drafted for military service. Since 1919 he continued his studies under R. Müller at the Dresden academy; during this time he repeatedly collaborated with O. Dix. 1929-31 he lived in Paris a. studied again, this time at the Académie de la Grande Chaumiere. Back in Germany he was harassed by the Nazis, some of his works were seized as 'degenarate' in 1937. In 1946 he was appointed professor.