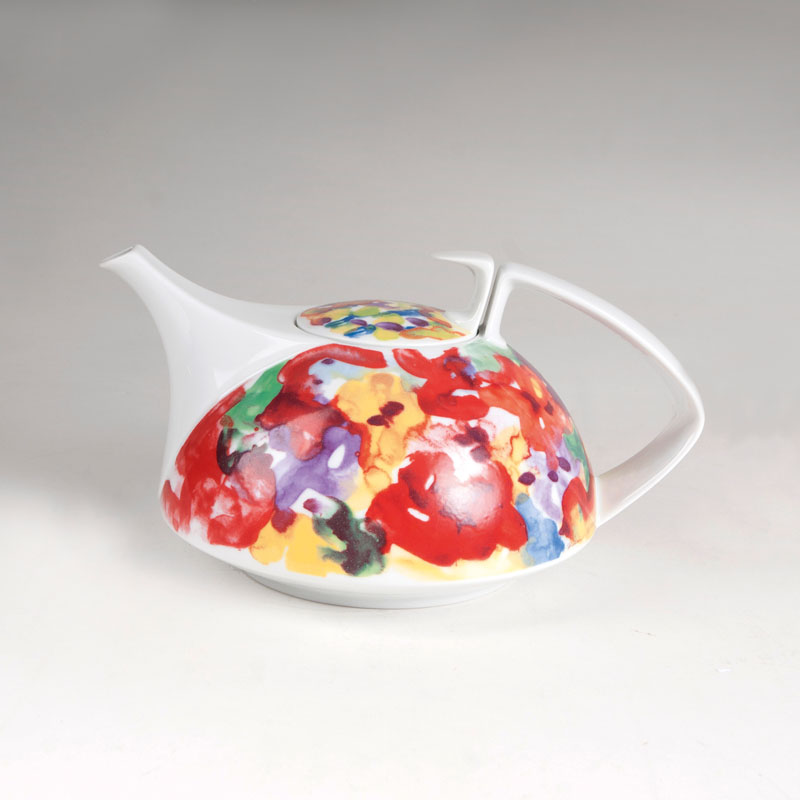 Rosenthal, studio-line, 1994. Porcelain. Form by Walter Gropius, decor design by Rainer Fetting. Numbered copy 53/99 of the limited art series. H. 12 cm. - German painter a. sculptor. F. studied at the Berlin academy under K. H. Hödicke. He was among the founders of the artists group that was later called 'Junge Wilde'. 1983-94 lived a. worked also in New York. He exhibits in many international galleries a. is today one of the most reknown contemporary German artists.