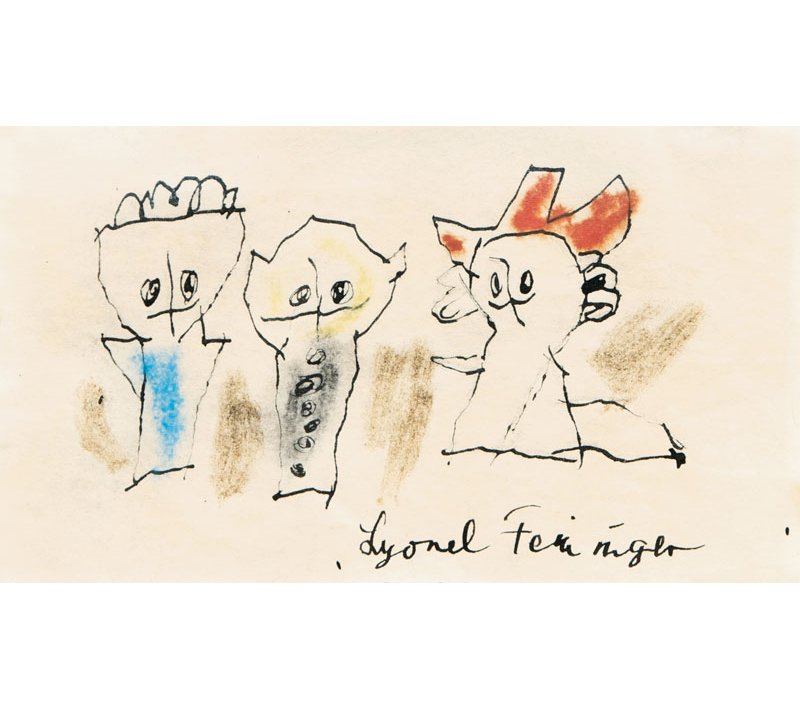 Ca. 1950, watercolour, ink a. gold colour, 7 x 12,5 cm, lo. ri. sign. Lyonel Feininger, framed under glass, uninspected out of frame. - Expertise: Achim Moeller, The Lyonel Feininger Project, New York, 10th April 2013. - Literature: The work will be included to the catalogue raisoné as no. 1204-04-10-13. - Versatile American-German painter, draughtsman, caricaturist a. object artist, one of the leading Bauhaus teachers a. one of the most important exponents of modern art. F., son of German parents, studied in Hamburg, Berlin a. Paris a. began working as caricaturist for European a. American Magazines. W. Gropius, founding director of the Bauhaus, made F. professor for graphic art at the Weimar Bauhaus in 1919. The Nazis judged F.s art as 'degenerate' a. the artist moved to New York with his family in 1937. The MoMA showed a great retrospective of F.s art in 1944. From beginnings as caricaturist F. developed into a painter whose cubist style dissolves objects in transparent crystalline surfaces. He preferred marine landscapes a. townscapes, the environments of Weimar play an important role among them. He also created sculptures a. toys.