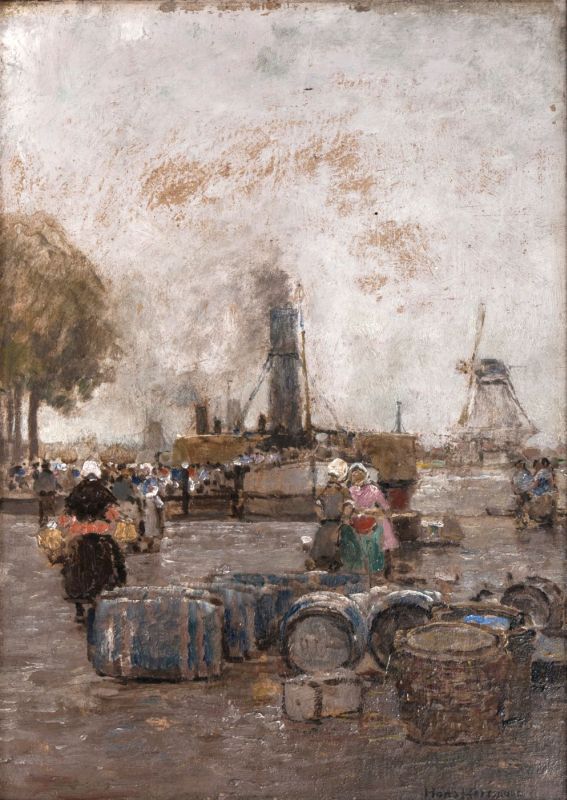 Oil/cardboard, 36,5 x 26 cm, lo. ri. sign. Hans Herrmann, min. dam. - Landscape, still life a. architecture painter in Berlin, studied at the Berlin academy under O. Knille, C. Gussow a. Chr. Wildberg a. under E. Dücker at the Düsseldorf academy wherefrom he discovered the Netherlands, the towns a. landscapes of which became his major motif, member of the artist's group 'Elf' in Berlin together with W. Leistikow a. M. Liebermann, since 1879 he exhibited regularly at the Berlin academy a. at the 'Große Kunstausstellung' Berlin, in the Munich Glaspalast as well as in Düsseldorf, Dresden, Vienna a. Brussels, he also exhibited in Chicago a. Melbourne. was awarded a gold medal in Berlin in 1886.