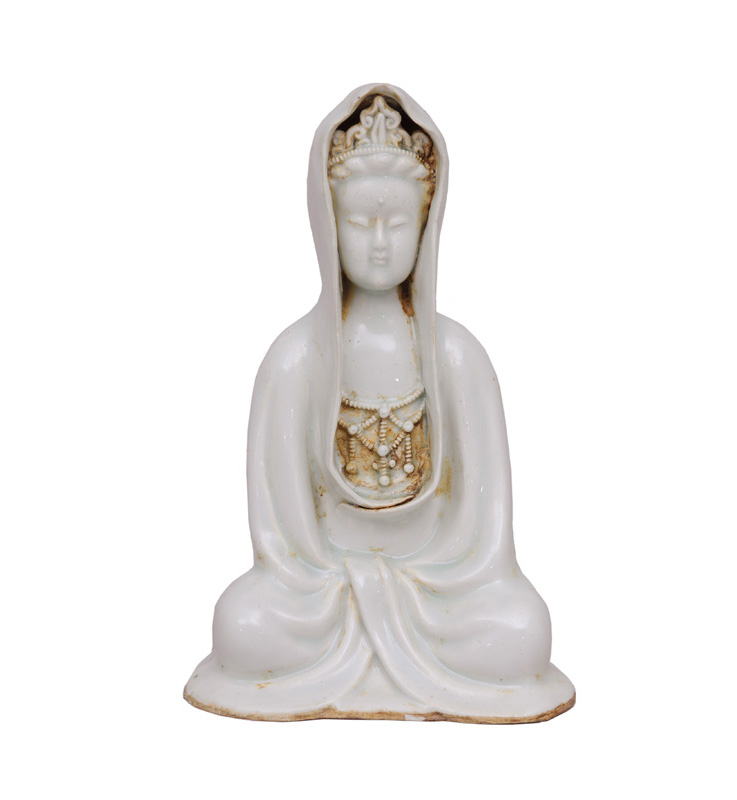 China, probably Yuan-Dynastie (1279-1368). Ceramic with fine turquoise glaze. Seated figure of Bodhisattva Guanyin with crossed legs and dressed in a long flowing robe. Fine facial expression with closed eyes. Min. chips to the lower rim.. H. 26 cm. - Prov.: From a Dutch private coll. - Figures of the Bodhisattva Guanyin with partial Qingbai-glaze can be found since the Song-dynasty. They were often used for shrines or altar installations. Completely Qingbai-glazed figures are typical for the Yuan-dynasty. The fine and stylised facial expression of the present piece and ist serene flowing robe is still influenced by Song-models. See: Exh.cat. National Museum of Korea, Jingdezhen Qingbai Porcelain: The Beauty of Pure White Blooming in Blue, Seoul 2007.