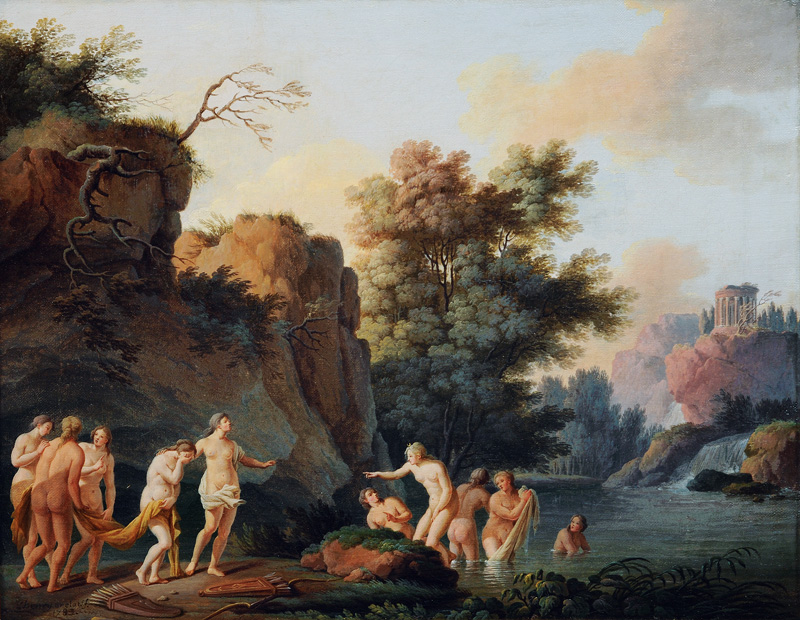 Oil/canvas, 39,5 x 49,5 cm, lo. le. sign. a. dat. j henry arelat f 1783, some rest., relined. - Callisto was a nymph of the chast goddess Diana. Callisto was raped by Jupiter and thereafter expelled by Diana. Later Jupiter transformed her into the constellation Ursa Major. Henrys painting captivates by its well-balanced composition, the elegantly directed lighting and the warm colours.