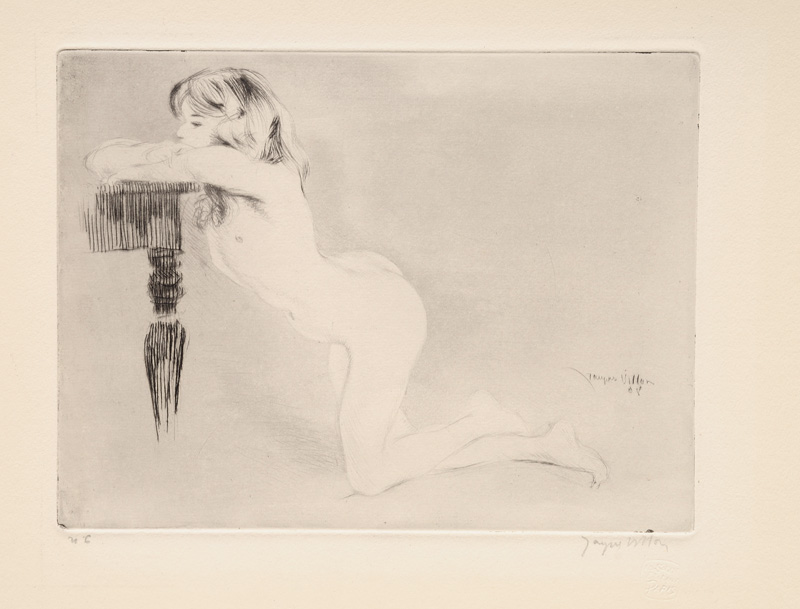 1908, dry point, 15 x 20 cm, lo. ri. autographed Jacques Villon, lo. le. num. n. 6, mounted on cardboard, unframed. - Copy from an edition of 50. - French painter a. graphic artist, half-brother of Marcel Duchamp, studied law a. worked as notary before studying at the Paris École des Beaux-Arts since 1894, worked for several journals, since 1903 he exhibited at the Salon d"automne since its founding in 1903, but also at the New York Armory Show in 1913 a. at the Documenta I to III, in 1956 he was awarded a prize at the Venice Biennale. - Mus.: Paris u.a. - Lit.: Thieme-Becker, Vollmer, Bénézit.