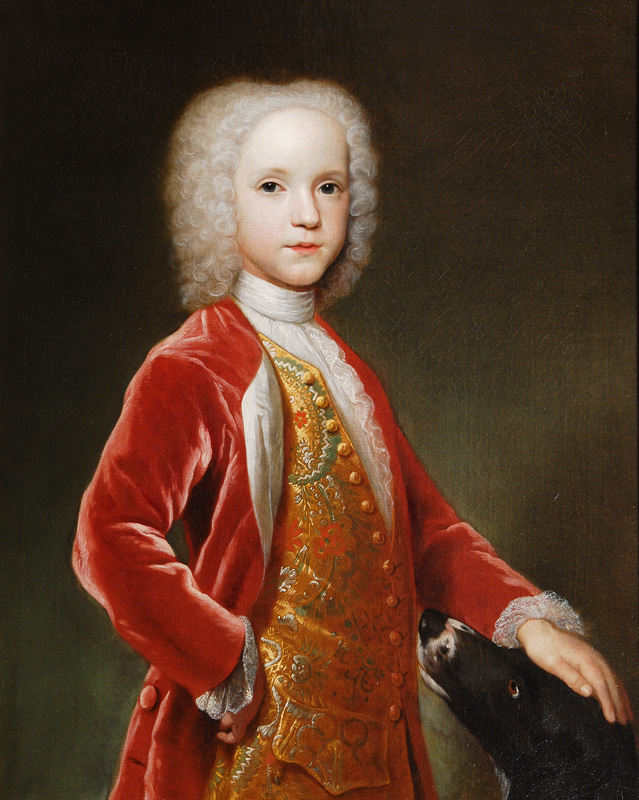 Oil/canvas, 76 x 62 cm, min. rest., relined. - Prof. Brian Allen, Paul Mellon Institute of British Art, kindly pointed out to Hans Hysing. According to him the paintings dates to the late 1720s. - George Bubb, Lord Dodington was a close friend of the later King George III, who created him Baron Melcombe after his accession to the throne. - English portrait painter of Swedisch origin, came as assistant of painter to the court, M. Dahl, to London a. took over his workshop after his death, besides Th. Gibson he became the favourite portrait painter of King George II. - Mus.: London (Nat. Portrait Gall.), Amsterdam (Rijksmus.), Oxford (Ashmolean Mus.), the Hague a. others. - Lit.: Thieme-Becker, Bénézit a. others.