Antoine Pesne: An elegant Party in a Park 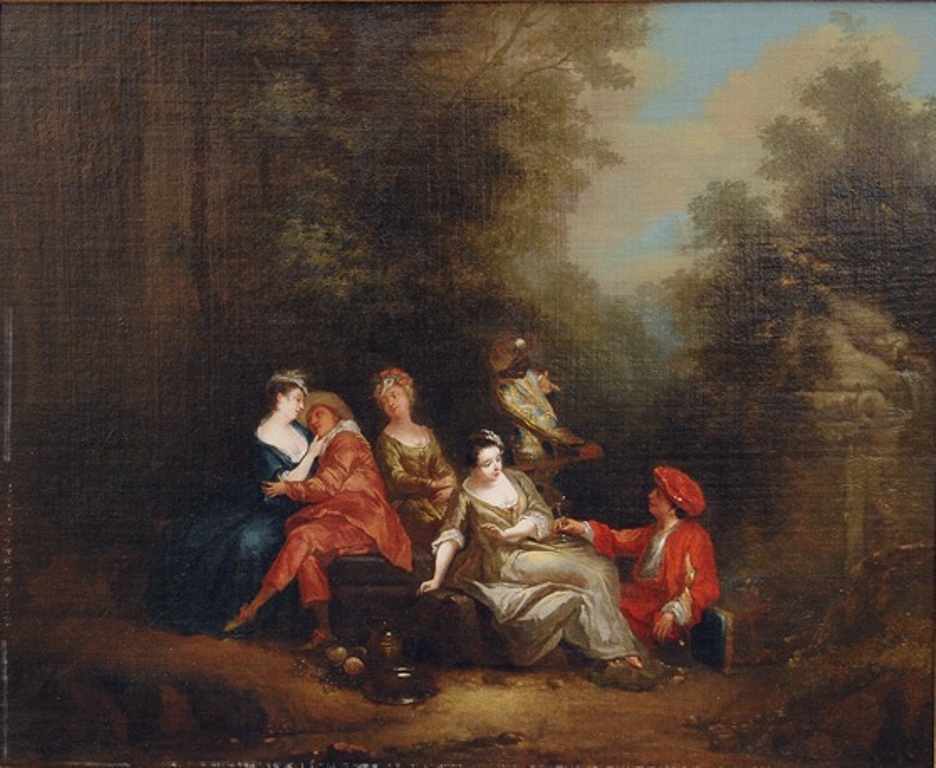 An elegant Party in a Park

Oil/canvas, 54 x 62,5 cm, min. rest., relined. - Figure a. history painter, Prussian court painter under three kings, trained by his father a. Charles de la Fosse, court painter of Louis XIV, with a scholarship he travelled Italy in 1705-10 when he was called as court painter to Berlin, he collaborated in embellishing the palaces build by Knobelsdorff, among others Sanssouci palace, with his intimate portraits in the tradition of Watteau he is one of the main exponents not only of Prussian but also of French Rococo. - Mus.: Paris (Louvre), Potsdam, Berlin, Dresden u.a. - Lit.: Thieme-Becker, Bénézit u.a.