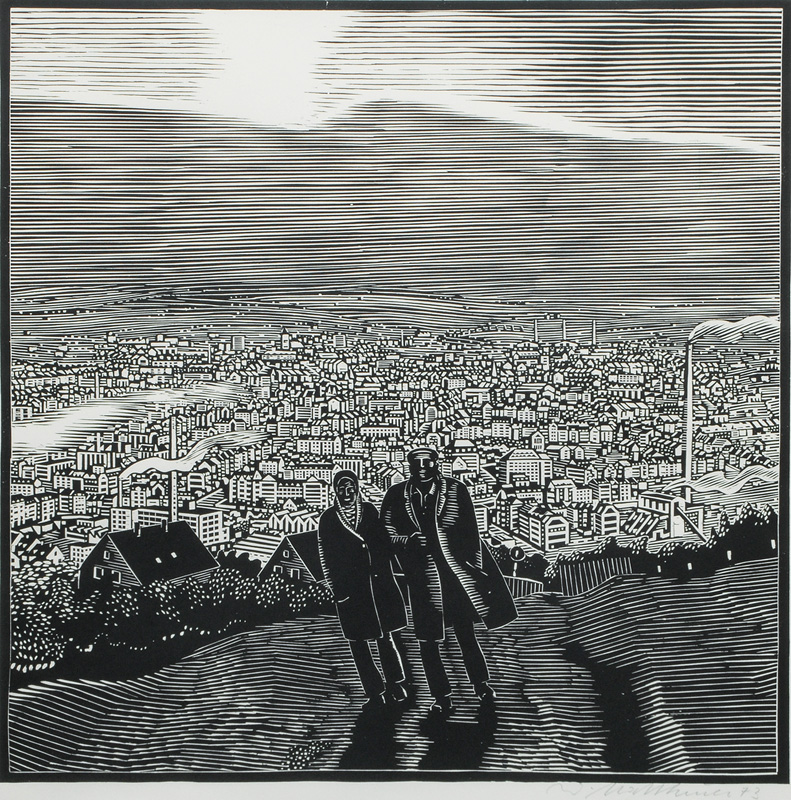 Strollers outside a Town | Reserveprice 200 €

Linocut, 38,5 x 37,5 cm, autographed a. dat. lo. ri. W. Mattheuer 73, framed under glass, unopened. - Painter, graphic artist a. sculptor, one of the most important contemporary German artists, together with W. Tübke a. B. Heisig one of the founders of the Leipzig School, after training as lithographer 1941-44 he studied at the Leipzig school of applied arts a. at the Graphic Arts academy after the war, where he later became professor, irrespective of his critical attitude towards the regime he exhibited on all major art events of the GDR a. was repeatedly awarded, also exhibited at the 1984 Venice Biennale.