Dutch painter, mostly of maritime subjects. Around 1650 B. came to Amsterdam and worked as writer, later he was mentioned as silk merchant. 1657-61 he was taught painting in the studios of A. van Everdingen and H. Dubbels. In 1663 he became member of the Amsterdam St. Luke's guild. Soon he was recognised as best marine painter besides W. van de Velde. Mus.: Amsterdam (Rijksmus.), Paris (Louvre), Florenz (Pal. Pitti), London (Nat. Gal.), Vienna (Kunsthist. Mus.) a. others. Lit.: AKL, Thieme-Becker, Bénézit, Bernt. 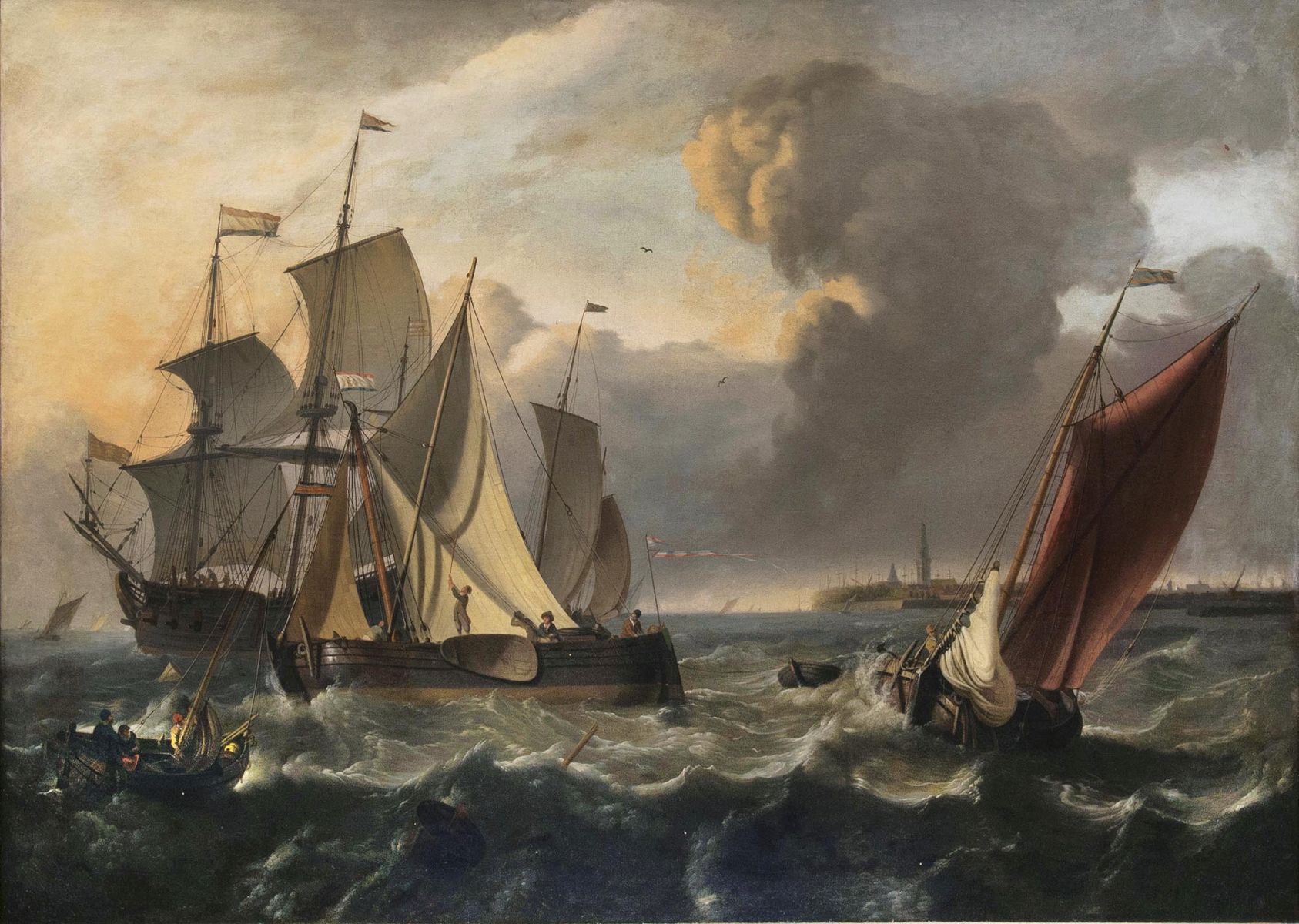 A Man-O-War and two Lighters

You would like to buy a work by Ludolf Backhuysen?

You would like to sell a work by Ludolf Backhuysen?