German landscape painter, pupil of the marine painter W. Krause in Berlin, 1842/43 he continued his studies in Paris under E. Isabey, as early as 1843 he was awarded a medal at the Paris Salon, at the intercession of W. von Humboldt the artist was granted a scholarship by the Prussian kind Friedrich Wilhelm IV to travel South America, followed by many travels throughout the world. Mus.: Berlin (Nat. Gall.), Cologne (Wallraf-Richartz-Mus.), New York (Metropolitan Mus.), Washington a. others. Lit.: Boetticher, Thieme-Becker, Bénézit. 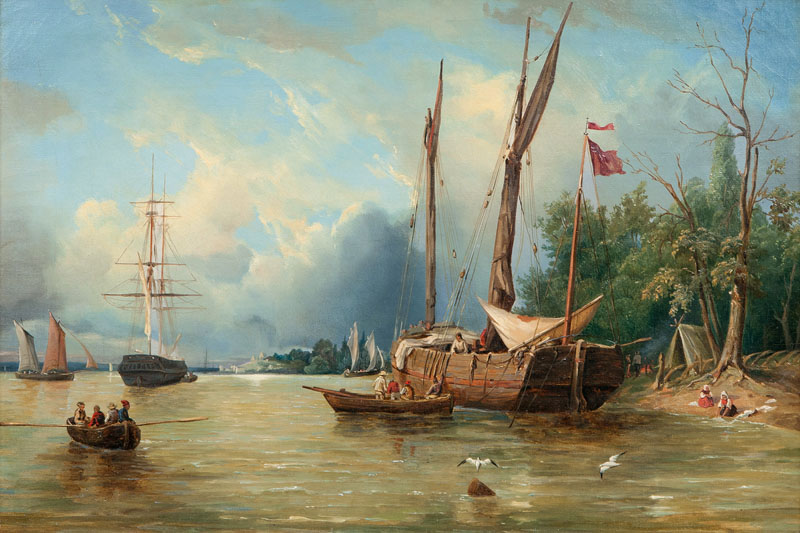 Ships off the Shore

You would like to buy a work by Eduard Hildebrandt?

You would like to sell a work by Eduard Hildebrandt?