Russian landscape painter. S. began his training at the Moscow academy in 1852, thereafter he studied in St. Petersburg until 1860. He was awarded a gold medal as well as a scholarship which he used to travel West Europe. For some years he lived in Switzerland, where he worked in the studio of A. Calame, as well as in Düsseldorf a. Dresden in Germany. Back in Russia he was co-founder of the Peredvizhniki. Since 1873 he was professor at the Petersburg academy. S. is one of the most important a. most appreciated Russian painters. He mostly painted forest; he is unequalled in depiction the moods of the different times of the day a. of the year. Mus.: St. Petersburg (Russ. Mus. a. others), Moscow (Tretjakow Gall.) a. others. Lit.: Thieme-Becker a. others. 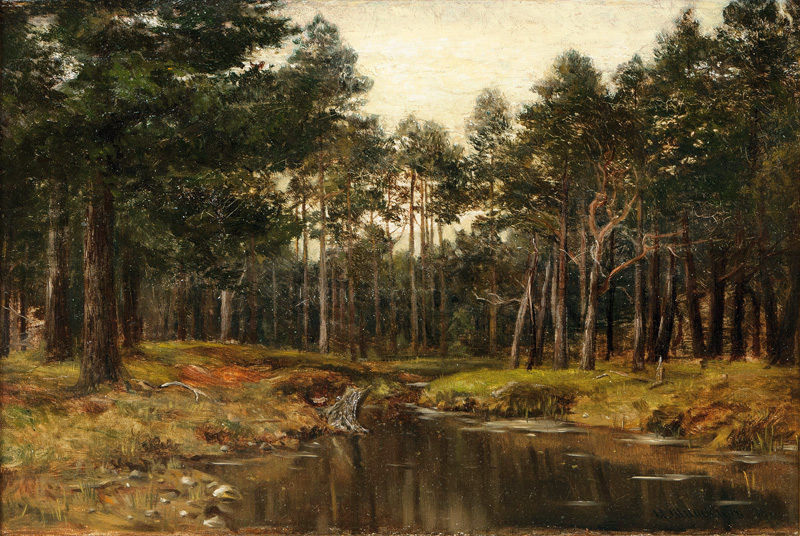 Pond in a Pine Wood

You would like to buy a work by Ivan Ivanovich Schischkin?

You would like to sell a work by Ivan Ivanovich Schischkin?