Flemish landscape, figure a. history painter, founder of an artist's dynasty. He learned his profession in the studio of David Rykaert III 1640-44. He worked in Spain for some time a. travelled the Netherlands. In 1650 he became master of the St. Luke's guild in Antwerp, in 1689 he was made head of the local academy. Besides battle pieces he mainly painted rural markets in ancient ruins. Mus.: Antwerpen, Den Haag (Mauritshuis), Bruges, Heidelberg, Montevideo a. others. Lit.: AKL, Thieme-Becker, Bernt. 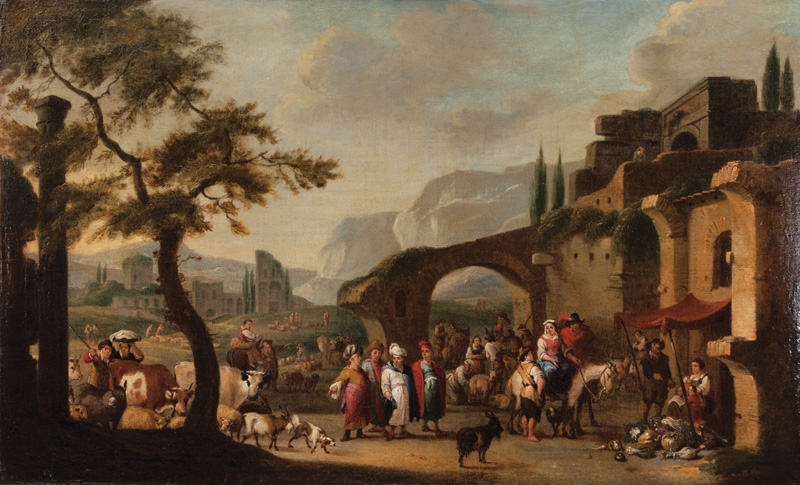 The Arrival of an Oriental Merchant on a Market

You would like to buy a work by Pieter van Bredael?

You would like to sell a work by Pieter van Bredael?