English landscape a. expedition painter. H. was pupil of W. Shipley a. R. Wilson a. earned his living as stage designer. He became painter of J. Cook's second circumnavigation of the world 1772-75. After his return to London he finished the sketches made on this journey by order of the admiralty. Later he lived in India but also travelled Europe. In 1787 he became member of the Royal society. Ten years later he lost his fortune in a bank crash a. died soon after, probably by suicide. Mus.: London (V&A, Nat. Maritime Mus.) a. others. Lit.: Thieme-Becker, Bénézit a. others. 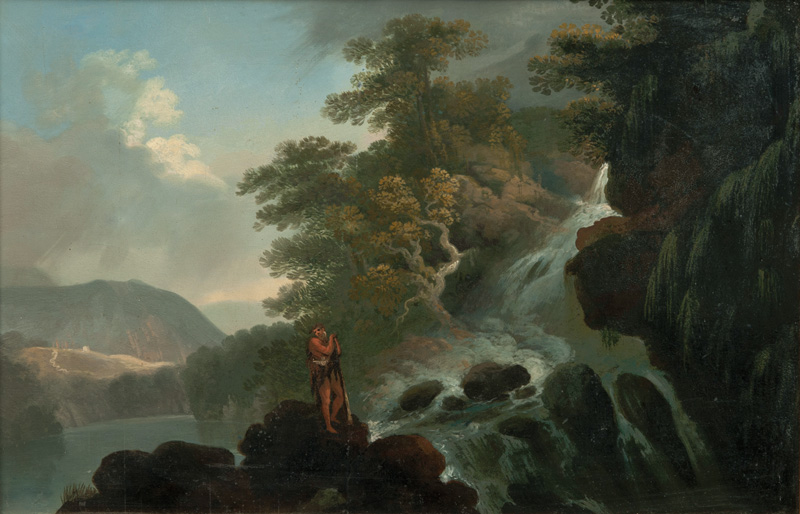 A Maori at Cascade Cove in Dusky Bay, New Zealand

You would like to buy a work by William Hodges?

You would like to sell a work by William Hodges?