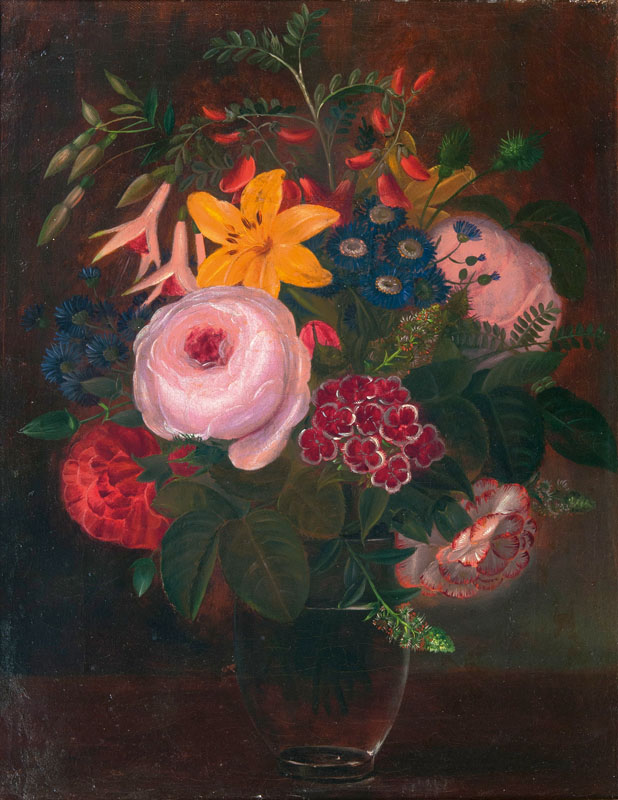 Oil/canvas, 38 x 30 cm, min. rest., relined. - World famous Danish flower painter. J. studied in Kopenhagen under Eckersberg a. Fritzsch. With a sholarship of the Danish crown prince Frederick he learned porcellain painting in Sèvres for some months. As early as 1825 he became professor at the Copenhagen Academy. He was a popular teacher with an immense number of pupils a. assistants.