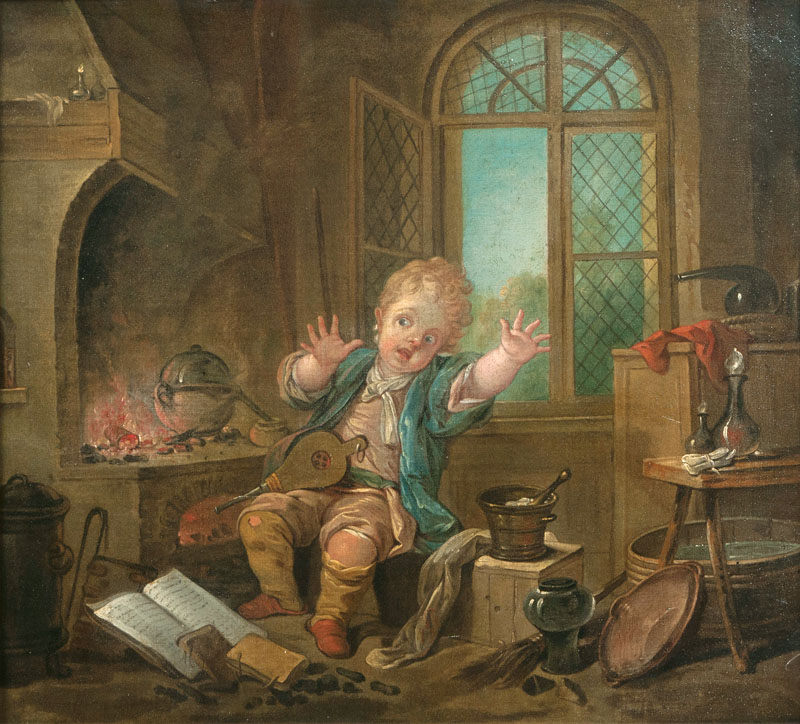 1755/69, oil/canvas, 58 x 64 cm, relined. - Expertise: We are grateful to Alastair Laing, London, for his expert advice. The painting is linked to some subjects which were given by a collaborator of Boucher to the engraver Duflos for reproduction shortly before 1755, but without Bouchers permission. According to Laing the same collaborator is probably the author of the painting at hand. The circumstances of creation point to a date around 1755, the style in contrast to a date around 1769. - Literature: Cf. Ananoff II, 663, with the reference to the similar painting in the Frick collection. - Provenance: Probably gallery Demotte, Paris, 1920s, as Charles Eisen; German private collection. - Painter, graphic artist a. stage designer, main exponent of French rococo. B. was taught painting in the studios of F. Lemoyne a. J. Cars. As early as 1723 he was awarded the Prix de Rome, in 142 he was appointed court painter to Louis XV. B. was moreover stage designer in chief of the Paris opera a. artistic director of the royal tapestry manufacture. His erotic depictions of mythology, portraits a. most of all his pastoral idylls represent quintessentially the art of French rococo a. became distinctive for french painting. One of his most prominent commissioners was madame Pompadour.